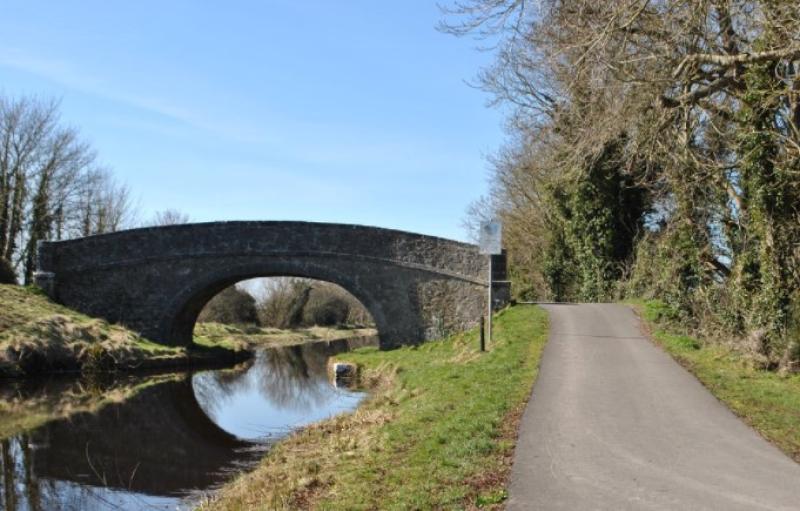 The Grand Canal Greenway in Offaly is full off-road and will run from Edenderry to Shannon Harbour, with a diversion to Lough Boora.

A POSITIVE, future tourism amenity for West Offaly was given the go ahead during the November monthly meeting of Birr Municipal District.

“Transforming this route into a public road,” he said, “is an important part of the council's greenway cycling and walking strategy which is linking Edenderry to Shannonharbour, following the Grand Canal. However, there is this important section which is also a private road and is also a part of the Offaly Way. It links the Grand Canal to Boora. It runs from the RC Church in Boora (the church is located on the busy R357) for a distance of 2,800 metres northwards to Pullough.”

The Engineer said there have been no objections to the project from members of the public. “The proposal is that we take it in charge,” he continued. “We will use Just Transition funding to upgrade it.”

Cllr Eamon Dooley said he warmly welcomed this project. “It will be a very positive thing creating this link between Lough Boora, Turraun and Pullough.”

The councillor also pointed out that these bog roads are often heavily damaged by farmers conveying their heavy loads. “I know the farmers have to do their business but the loads can be 25 to 30 tonnes, which is too heavy for these bog roads, making them subside significantly.”

Four roads in Offaly due to close this week for works

Cllr John Leahy praised the Council team for “thinking outside the box and tackling this problem. Many of us didn't realise it's still a private road.” He asked if facilities such as toilets and rest areas will be created along the Greenway. He praised the Council staff for pressing ahead so enthusiastically with the Greenway concept.

He added that Waterways Ireland and the County Council enjoy a very good relationship and he could foresee no difficulty regarding the maintenance of the Greenway. “It's not beyond the bounds of possibility that they might hit us with hefty maintenace costs but they are not being too hard on us at the moment. But if the bills do become high then we will have those hard and necessary conversations.”

He said Transport Infrastructure Ireland is now involved in the Greenway projects throughout Ireland.

No facilities were being planned, he remarked, and the reliance is on local businesses to provide toilets and rest areas. “Our focus is not on facilities but on getting the Greenway built to as high a standard as possible.”

Cllr Dooley proposed that the Council take the private road in charge “provided there is a weight restriction in place. While part of me welcomes projects like this and projects like Killaun Bog, I am also concerned that we might be ploughing ahead with these projects without giving full consideration to the peatland communities. It's also necessary that we invest as much of our energy as possible into the creation of new job opportunities for the people of the peatland areas.”