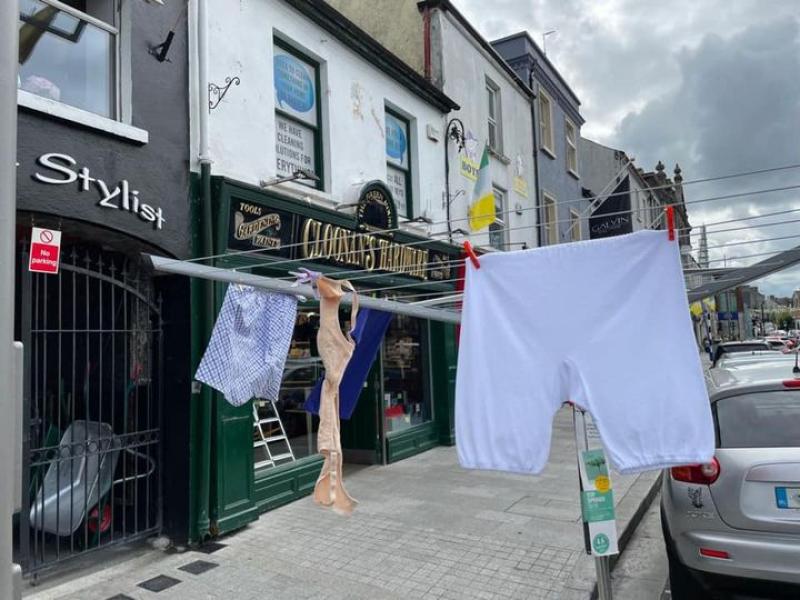 A shop on William Street in Tullamore has encountered a unique underwear problems.

Cloonan's Hardware have a special offer on revolving clothes lines and to demonstrate it, they place one on it with a pair of bloomers hanging on it.

Now we have all heard the stories of underwear being stolen off lines but in this case, extra underwear was added! Twice!

Firstly a bra and a pair of boxers were added by some very generous member of the public. We are not sure if they were new or second hand!!! 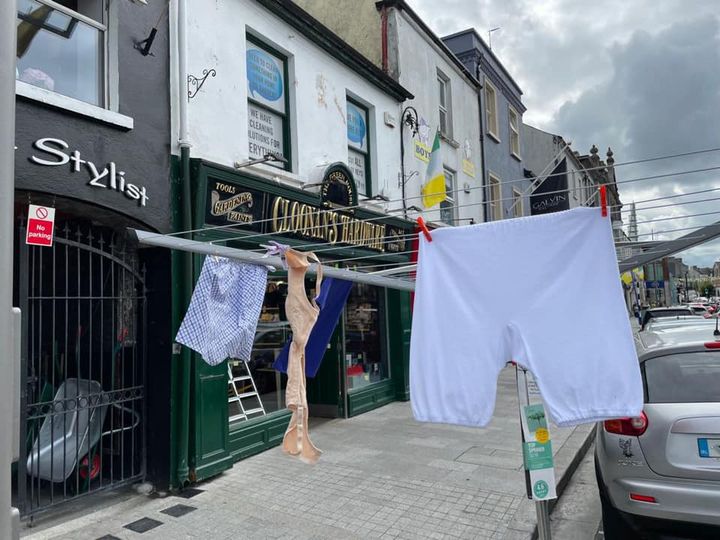 And then Cloonans got another unexpected donation of underwear when a pair of long johns were found hanging on the line with 'Brian's Undies' written on them.

Cloonans decided to run a competition to give away three vouchers to the people with the best comments on their post. We have attached it below so you can click through and add you comments.

And we should add that the clothes lines themselves are now reduced from €110 to €79! But we don't think the underwear is included!