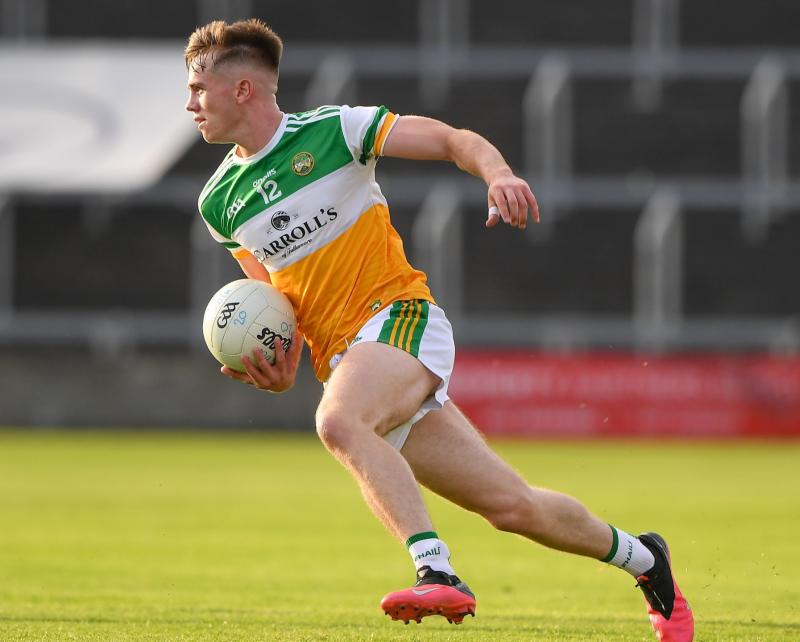 OFFALY will be entering new territory when they travel to Portlaoise to play Munster champions Cork in the All-Ireland U-20 Football Championship final on Saturday.

Their win over Dublin in the Leinster U-20 Football Championship final last week has changed the stars for this team. That was a stunning win for Offaly, an upset against a highly rated Dublin side but fully deserved after a quite sensational performance.

Offaly had performed well to reach the Leinster final but their form hadn't suggested that Thursday's display was imminent. They have shown steady, consistent improvement in their games to date. They gave a solid display when beating Wexford by 1-10 to 1-9 in their first game. That win was more comprehensive than that final scoreline suggests but Offaly ended up hanging on to win by a point.

They played better in their semi-final win over Westmeath. Again, it was a close run thing but Offaly were clearly the better team on the day and could have won by more than 1-11 to 1-9. Those wins did a lot of confidence for the panel and they produced their best game of the year in the provincial final against Dublin.

In many ways, it was a quite remarkable performance by Offaly as they limited Dublin to just six scores and three points. They didn't concede a point after the 14th minute and were full value for their 0-15 to 3-3 win. Offaly could have won more comfortably as Cathal Flynn and Jack Bryant had good goal chances but it was a huge win for them.

They were excellent on the day and the manner in which they dominated the Dubs and kept them at arm's length for long periods was extraordinary to witness. It was a huge, very emotional win for Offaly people and it has the potential to change the trajectory of the GAA in the county.

WATCH: Relive the scenes at the final whistle as Offaly sealed an incredible win over Dublin in the Leinster U-20 Final

The challenge now is to bring the squad back down to earth for the All-Ireland semi-final and get them to believe that an All-Ireland title is now possible.

Time will tell if they are good enough but the hunger and desire will be there in abundance. Offaly's confidence will be flying after last week's big win and the players will have enjoyed the reaction to last week's win, the joy and happinnes it brought to so many people.

They will want more of that. They will be under no illusions about the challenge that Cork will pose. Cork looked very good as they beat Tipperary by 3-20 to 3-10 in the Munster final last week while their really big result was the semi-final against Kerry. They had just a point to spare, 3-12 to 3-11 and that win shows how talented this Cork team is. They have a lot of excellent footballers and they are the favourites to advance.

Offaly, however, can fancy their chances. There is no reason why they can't win and they should be very competitive.

There won't be many changes from the team that beat Dublin. Full back Kieran Dolan missed that with a hamstring injury and if he recovers, it will present management with a dilemma. His replacement, Tom Hyland had a superb game in an excellent defensive performance.

Morgan Tynan is a certainty to start having come through the full game. Tynan had been doubtful after going off early on in the win over Westmeath but he showed no ill effects and was very close to man of the match at midfield.

A number of this Offaly team look to have the potential to play a lot of county senior football. John Furlong, Tynan, Jack Bryant and Cormac Egan have been the standout players to date but others will make the step up in the coming years.

Like the Dublin game, the key for Offaly here is to work very hard from the throw in. To rattle into Cork and to be in contention into the second half. Offaly have not reached the All-Ireland final in this grade since 1988. That is the target for this squad.