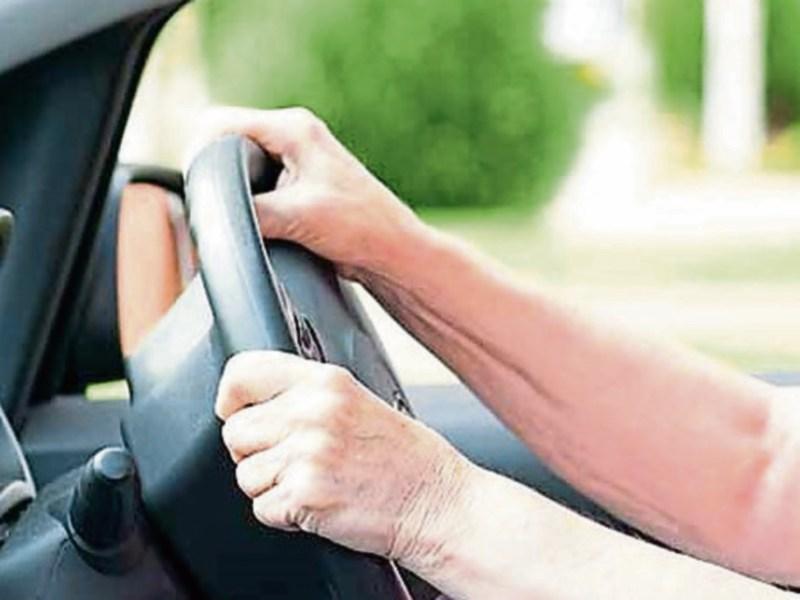 A mother of two children who obtained car insurance money through deception received a suspended sentence and was banned from driving for 20 years at Tullamore Circuit Court.

Under questioning from Mr White, Garda Joe Hughes of Edenderry Garda Station, said that on December 29, 2018, Ms Murray had contacted gardai to report an accident. She said she had been driving between Tyrellspass and Daingean and had been blinded by the lights of an oncoming car and collided with a tree. She said her boyfriend and children were in the car at the time.

Garda Sheridan went to investigate and found a Hyundai Santa Fe located on the side of the road at Derrycoffey, Croghan. He didn't see any damage to the car.

Garage owner Joe Jessop received a text message from Ms Murray's partner to tow away the vehicle. When he went to collect it he found it up against a tree and there was damage to the vehicle, He also noticed there was a rope already attached to it. He towed it back to his premises. Mr Jessop noted that the cost of repairing the vehicle would be enormous and it would be advisable to treat it as a write off.

Meanwhile AIG sent independent forensic engineer Trevor Gately to investigate the incident. He photographed the scene. He also spoke to Joe Jessop who had noted that there had been mould on the seats and seatbelts in the vehicle and when he went to move it he had problems starting it. He had taken the battery out and replaced it with a fully charged battery but the vehicle still didn't start. He had his suspicion that there was excessive wear to the crankshaft which was starved of oil and poorly maintained. He also noted the bearings were badly damaged. He took the view that it could not have been driven to the collision scene. AIG had already settled with Ms Murray at this stage.

Aisling Murray was arrested on July 9, 2020 on suspicion of committing an offence. She was taken to Tullamore garda station and interviewed twice by gardai. She accepted it was her signature on the claim form to the insurance company.

Suzanne Dooner BL defending, described Ms Murray as a 36 year old single mother of two children. She works as a carer for the elderly. She said she is naive and easily dominated and the offence would be a significant impediment to her getting insurance in the future, she said.

The car had been bought by Ms Murray's partner for a sum of €700 and when it was being sold he was told it had engine trouble. When Garda Sheridan had arrived at the scene of the accident the car was in a different location and it was Ms Murray's partner who had contacted Joe Jessop. Ms Dooner said Aisling Murray had been acting on the direction of her partner who was known to the gardai and was no longer in the jurisdiction.

A probation report was before the court and the defendant had held her hands up and had brought €1,000 with her to court. She had lost her partner early in life in a motor bike accident. She will suffer the consequence of losing her licence. She is very embarrassed and it has had a significant impact on her mental health. She is on a waiting list for counselling and is in a vulnerable position. She lives a quiet, simple life. She is a qualified chef and is a carer with a very good work ethic. Her partner left the jurisdiction in July 2019, saying he was going on a two week holiday and he hadn't returned, said Ms Dooner.

Judge Keenan Johnson said the charge of deception carries a five year sentence. He said it was an extremely serious offence to make false claims. He said people who engage in this activity are stealing from others and it's feeding into the insurance premiums being paid by law-abiding motorists. He said the court must send out a clear message that there is a price to be paid for this type of offence. It also must take into account the aggravating and mitigating circumstances. And the sentence must be fair and proportionate.

He noted Ms Murray's probation report stated that there was a moderate risk of her reoffending. He noted her early plea and her cooperation. She had expressed huge remorse and was a hugely vulnerable person who had a history of being dominated and was under coercive control from her partner. He really was the brains behind the incident and had a drug debt. When he got the proceeds he had left the accused, said Judge Keenan Johnson.

She has an excellent work record and is good at her job. Unfortunately for her she has a propensity to get involved with partners who abuse her, he said. He noted she had ceased drinking and is getting help with her anxiety. She is a good parent and if incarcerated her children would end up in care.

He imposed a sentence of two years and six months, but taking into account the fact that she will lose her driving licence he suspended the sentence for 10 years on her own bond of €500. She is to keep the peace during that time and be of good behaviour. She is to engage with the probation services for a period of 18 months and follow all their directions. She is also to engage with mental health supports.

In addition she is to pay €1,300 in compensation and a sum of €2,000 to the national rehabilitation centre in Dun Laoghaire within two years.