People in Offaly attacked by dogs at public recreation areas 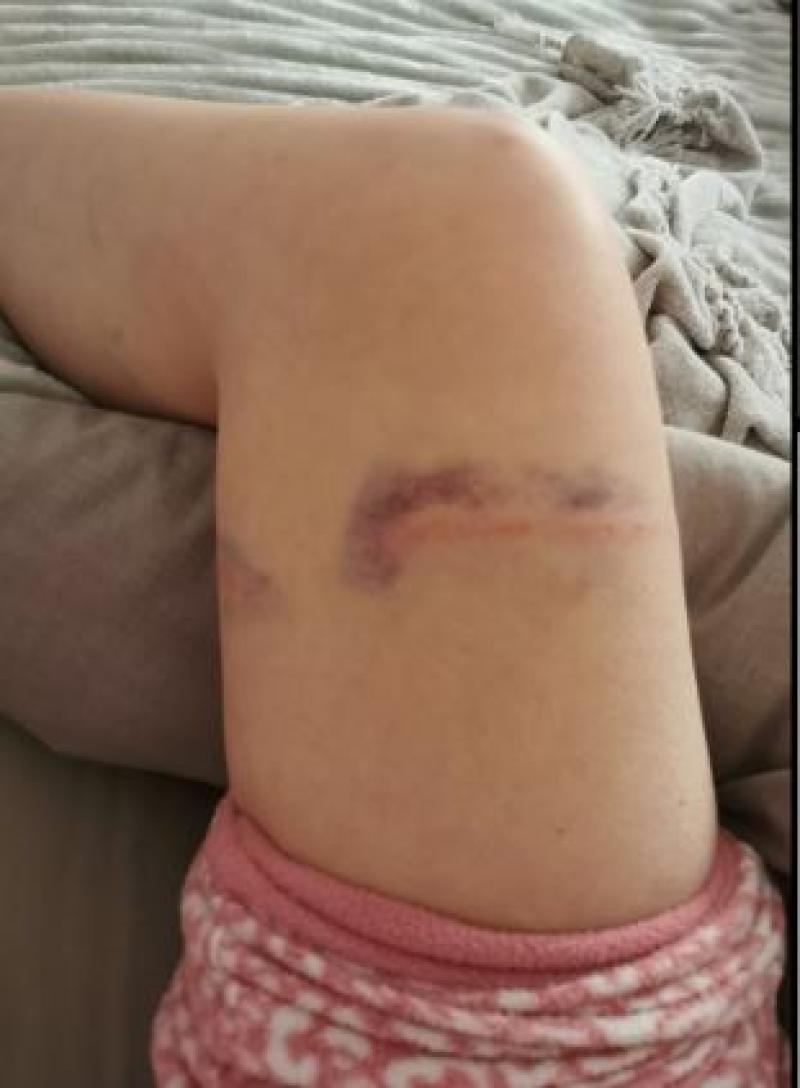 A photo of a recent dog attack

A social media and signage campaign is to take place to remind dog owners of their responsibilities at the county's public amenities, following a spate of dog attacks reported in recent weeks.

Speaking to the 'Tribune' this week, Cllr John Clendennen reminded dog owners of their responsibilities at public recreation areas, following the recent attacks and says it's up to everyone to work together on the issue.

“This is compounded by the growing problem of dog owners failing to clean up dog droppings along walking trails and public areas as dog ownership appears to have skyrocketed over the course of the pandemic,” he outlined.

The Kinnitty based Councillor raised the issue with both Coillte and Offaly County Council in recent weeks. Coillte has agreed to erect additional signage at the Slieve Bloom trails, informing dog owners to clean up after their dogs and ensure that dogs are under effective control at all times.  Offaly County Council has agreed to conduct a social media campaign in the coming weeks and months to highlight the responsibilities of dog owners.

According to Cllr Clendennen, “there has been a multi-million euros investment in recreational infrastructure across Offaly in recent years, and for many, the success of areas like the Slieve Blooms as an unspoiled natural amenity destination attracting visitors has exceeded the expectations”.

“However, to maintain that reputation, I would encourage all visitors to leave the amenities in the way they would like to find them, there is a responsibility on everyone to bring home their litter and equally for dog owners to clean up after their dogs and keep their dogs under effective control at all times, so everyone can have a pleasant, enjoyable and comfortable excursion when they pay a visit .”

“Public Recreation Areas such as the Slieve Blooms are there for everyone to enjoy, we all must make a concerted effort to keep it that way, and be mindful and respectful of other users”, concluded Cllr. Clendennen.