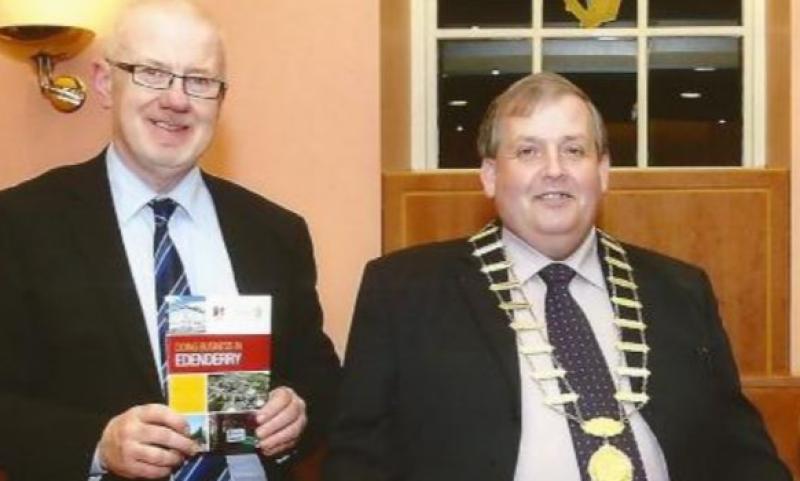 Chains of office have traditionally been used by the chairpersons and Cathaoirligh of local authorities but the Edenderry one seems to have been mislaid following the dissolution of Edenderry Town Council.

All Town Councils were abolished and subsumed within new municipal district local structures.

In Edenderry for instance, the Town Council and its Town Commission predecessor covered the urban town area only, whereas the Edenderry Municipal District includes the entire electoral area, thereby bringing in everywhere from Bracknagh across to Geashill and beyond.

Cllr Liam Quinn said last week the switch to the municipal district arrangement was done when the new structures were introduced under the Better Local Government policy but he felt “the role of Cathaoirleach” of the new area was not promoted properly at the time.

“We don't have a chain for the Municipal District and we would have had one for the Edenderry Town Council,” said Cllr Quinn.

The Fine Gael councillor from Rhode added: “I know it's something very small but when you lose those things you don't get them back too easily.”

He said the chair of the district should have a chain.

“If you have a delegation visiting Edenderry it's nice to have the figurehead of the electoral area to stand out a little bit.”

Josephine Lee, staff officer for the district, then told him that the old Edenderry Town Council chain had literally been lost.

“We physically have lost it. I have never seen it here,” said Ms Lee.

To laughter in the meeting held by Zoom, Cllr Quinn replied: “It's not in Rhode anyway.”

Municipal District chair, Cllr John Foley, said he hoped the chain might be available for the next meeting.

“It'll be my last one, I might get a chance to wear it,” said the Independent councillor, adding that he agreed with Cllr Quinn and he recalled when the Town Commission and Town Council had one.

“It was a great privilege and honour to wear it.”

Ms Lee said she had cleared out the office in the Town Hall and had found other items relevant to the chair but not the chain.

Sharon Kennedy, district manager, said the chain may have been placed in the county archive when the town council was dissolved.

“You weren't coming out of a cash for gold shop?” Cllr Quinn asked Cllr Foley.

Cllr Foley said he was not and gave further detail about the missing chain: “It looked gold but it wasn't gold.”