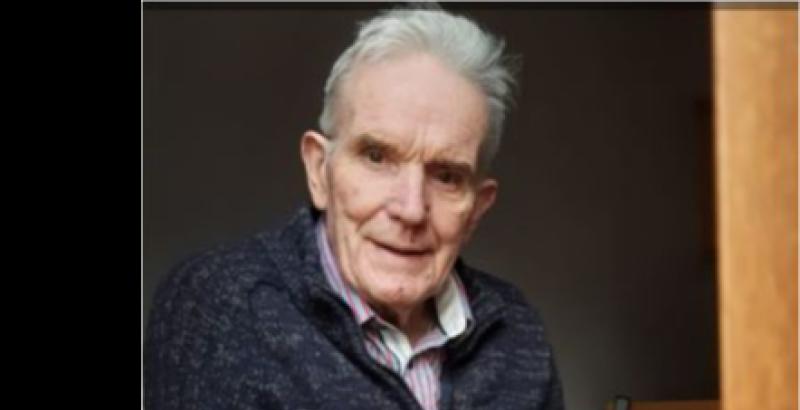 Tullamore and the surrounding area was saddened to hear of Thomas Bracken's passing on the 1st of March. This was shown by the large crowd which lined the route as the funeral cortege travelled from Tullamore, via the Arden Road for Thomas’s Mass in St, Colmcille ‘s church in Durrow on the 4th of March.

Born in 1935 into a rural farming background, Thomas left the land to pursue a trade. He found employment as a fitter in Salt’s textiles, where many locals had found work in the early forties right up to the closing of the factory in the eighties.

After marrying in the late sixties and building a home in Arden, he settled into family life. He continued to gain experience in his chosen field, by travelling to Manchester and Birmingham in the seventies to study machinery.

With his newly attained knowledge, Thomas then pursued work with ‘Paul and Vincent’ animal feeds in Longford. Thomas was well known as being knowledgeable in his field, and his work brought him to many parts of Ireland. After completing several years with Paul and Vincent, Thomas took up employment with JA Lumley and sons Limited in Tullamore, for several years.

His role was servicing the packing machines, and as Vicky mentioned, paying tribute to Thomas, ‘Tom was a true gentleman and always willing to help out and solve a packing-machine crisis.’ ‘What he didn’t know about machinery, wasn’t worth knowing! (Lumley, Vicky 2021).

Thomas once again gained further employment in Sherwood Medical, in the late eighties right up to his retirement in 2001. Thomas had a great love of the outdoors and always had a desire to roam the land. He was keenly and positively interested in shooting, therefore spending weeks preparing for the shooting season, together with his friends.

However, Thomas wasn’t finished with his working life yet, as he continued to run his business in Arden, working as a mechanic right up into his early eighties. A humble kind and generous man with so much to give, always willing to help the passer by, if they ran into problems with their car, or just needed a helping hand. His friends would often comment on his engineering abilities, ‘a man before his time,’ they would say. A talented and gifted craftsman, designing pieces for family and friends with great attention to detail. An avid storyteller of times past, and a knowledgeable historian who had a passion for writing and documenting information.

Having a great interest in media studies Thomas always kept up with politics and current affairs. He took a keen interest in all sports and was forever up to date on the latest match results. Thomas had three loves in his life: his family, his work, and his friends. He was a spiritual, devout, and religious man, who possessed a great faith and rarely missed a week in church.