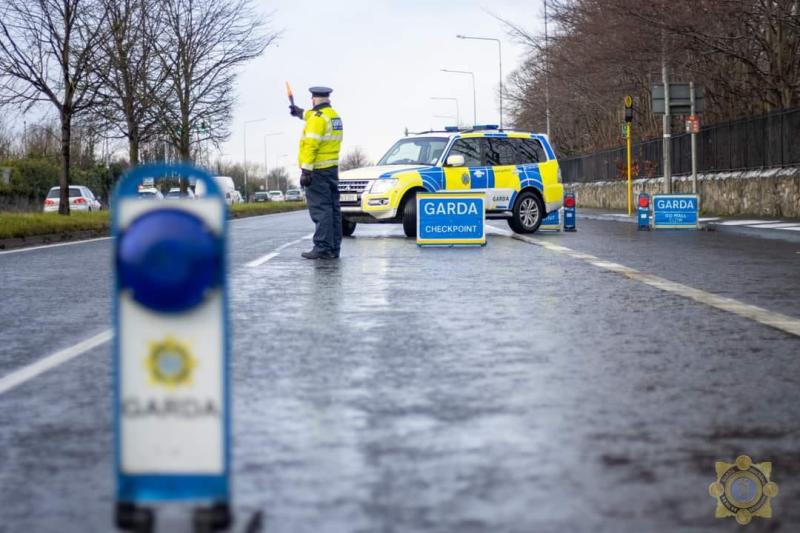 An Offaly woman who was “out for a drive” was one of the first cases concerning breaches of travel restrictions under Covid-19 regulations to come before Portlaoise district court last week.

Tiffany Dinan (20) of 8 Kilcruttin, Tullamore told Gardaí she was “out for a drive” when stopped as part of Operation Fanacht at Togher, Portlaoise on April 29, 2020.

The court heard that Ms Dinan’s car contained four people and an infant. She told Gardaí she was aware of the lockdown.

Defence solicitor Philip Meagher said that Ms Dinan undertook the initial part of the journey with her brother-in-law who brought her into the area in order to sort out horses.

She then returned to his property and decided to take his children out. She was a homemaker.

Gardaí told Judge Catherine Staines that the distance from Togher to Kilcruttin was 30kms.

Ms Dinan was fined €100. A charge relating to non-display of an N Plate was taken into consideration.

A separate case before the court last week involved a family from Cork travelling to visit a sick uncle in Newbridge.

Arthur McDonagh (29), The Bungalow, Rathhealy, Fermoy, Cork was charged with breach of the travel restrictions under the Covid regulations at the Midway car park Portlaoise on May 16, 2020.

The court heard that Gardaí came upon the group in the Midway car park shortly after 6am on May 16, 2020. The distance from Fermoy to that location was 133kms. They had no excuse to give Gardaí on the morning.

Defence solicitor, Josephine Fitzpatrick said that the group comprised brothers and sons. They were intending to visit an uncle in Newbridge who had suffered a  stroke.

They were initially reluctant to share this information with the Gardaí and had apologised since.

They did believe they were following directions.