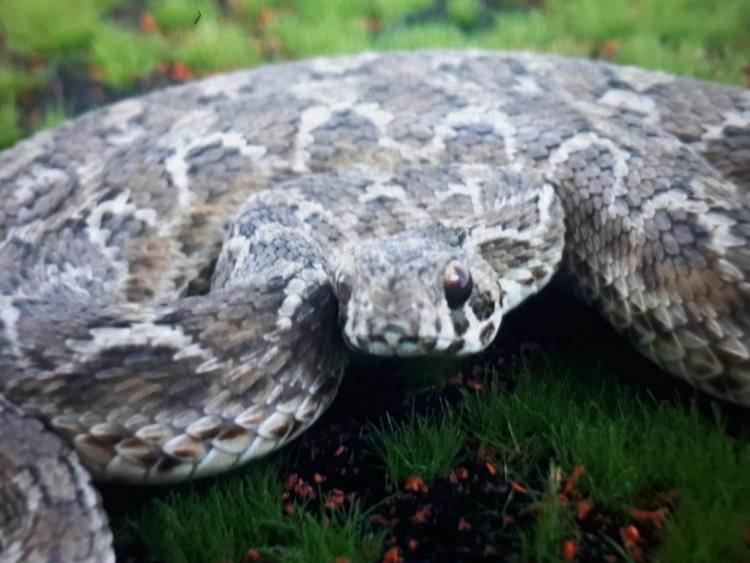 A nine-year-old boy in Offaly had a lucky escape on Sunday as he discovered a deadly snake in his back garden in Rhode.

The RTE cameras visited the family after the National Reptile Zoo arrived to remove the hugely dangerous visitor.

Little Fionn Kilmurray was playing in his garden when he spotted the unusual visitor before going inside to get his dad. Not approaching the snake could have saved his life.

The snake turned out to be a saw-scaled viper, the species responsible for more deaths worldwide than any other. It is the first time one has been found in Ireland.

The family covered the snake with a plastic box after phoning the National Reptile Zoo. They arrived to safely remove the snake on Sunday afternoon.

It is believed the highly venomous snake ended up in the family's back garden in a shipment of patio slabs from India.

The snake will now be sent to the UK for testing.