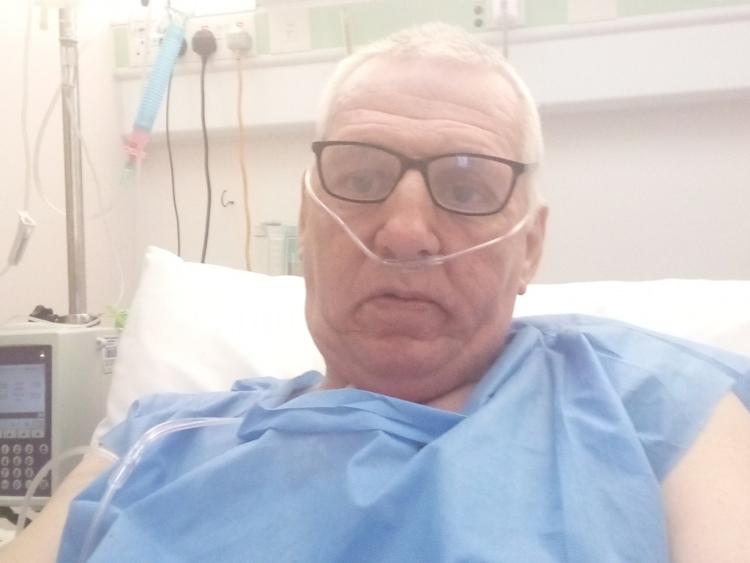 Tullamore native Rory Bracken says he will be effectively homeless when he is discharged from the Midland Regional Hospital in Tullamore following hip surgery.

Mr Bracken underwent surgery last weekend after breaking his hip while helping a friend move bales of hay in Co Laois. He had been staying with a friend there as he had nowhere else to go but he says that is not a longterm solution. He has tried to contact a number of public representatives in Offaly with a view to getting a more permanent housing solution.

Mr Bracken arrived back in Ireland from Kenya in October of last year after a legal battle over his visa. He spent time in a Kenyan prison having been arrested for visa discrepancies but he was later cleared in court. He is now in the middle of taking legal action against the authorities as a result and says he fears for his life if when he returns to the African country.

Speaking to the Offaly Express from the trauma ward in the hospital this week, Mr Bracken said: "I'm in a bad situation. A fella put me up and then I couldn't get rent allowance and then they put me out, which is understandable when you're not paying them rent."

He explained that he is currently trying to sort out help with social welfare and said, "in fairness to the girl there, she is trying to help me out." He was planning on transferring his social welfare to Limerick after being offered a place there but that plan is no longer viable following his surgery.

Rory's situation is complicated by the fact he left a HAP house a number of years ago to travel to Africa to help with the missions. He had been preaching in Kenya for a number of years before returning. His wife is from and is still living in Uganda. He says she is trying to get a visa to join him in Ireland.

Saying he will have nowhere to go when he leaves, Rory has asked for help through the hospital to be placed in contact with possible services but says he's "not too happy" about the help forthcoming. "They say they have no one in the hospital that deals with this but they have to be able to tell you if there is a homeless shelter locally or the Simon Community; someone, somewhere that can help.

"If I stand my ground, I suppose they can't discharge me. They have to wait and see what I'm going to do," he added. He said he is not in a position to walk. "Not at all, I'm in a bad way, not able to move," he said. Doctors have told him it could take three months to fully recover from the surgery.

"As far as I'm concerned, I've nowhere to go," he explained. A lot of his family are living away in America and elsewhere. "So, I'm waiting for these people [hospital staff] to see if they can refer me to someone that can help me, so I don't know what's going to happen."

In an appeal to authorities to help him, he said: "I'm an Irish citizen. I've given my time to mission work helping poor people in Africa and it's a sad day to be left in this situation where the Irish government can't find you a place in an emergency like this."

Rory says he came home to Ireland planning to stay for at least a year but says he may be required to go back to Kenya for the conclusion of his legal action against authorities in the coming months.

"Should the patient require home supports on discharge the MRHT Discharge Co-ordinator links directly with the local homeless officer regarding same."