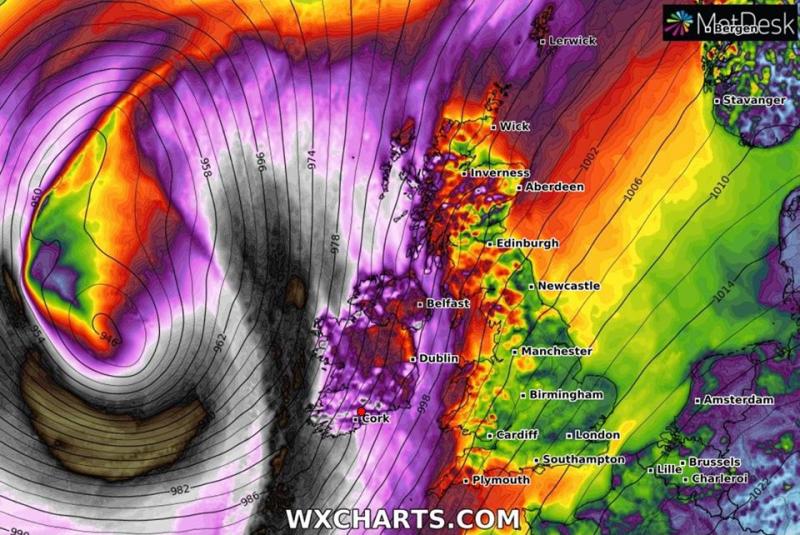 A forecaster has warned that Red Weather Warnings are likely to be issued by Met Eireann later today as Storm Brendan pushes towards Ireland.

In a post this morning, Weather Alerts Ireland states that both ECMWF and ICON EU models show severe winds for Ireland tomorrow as Storm Brendan pushes towards Ireland.

This will be accompanied with high tides and high waves leading to coastal flooding. There will be heavy rain also leading to localised flooding.