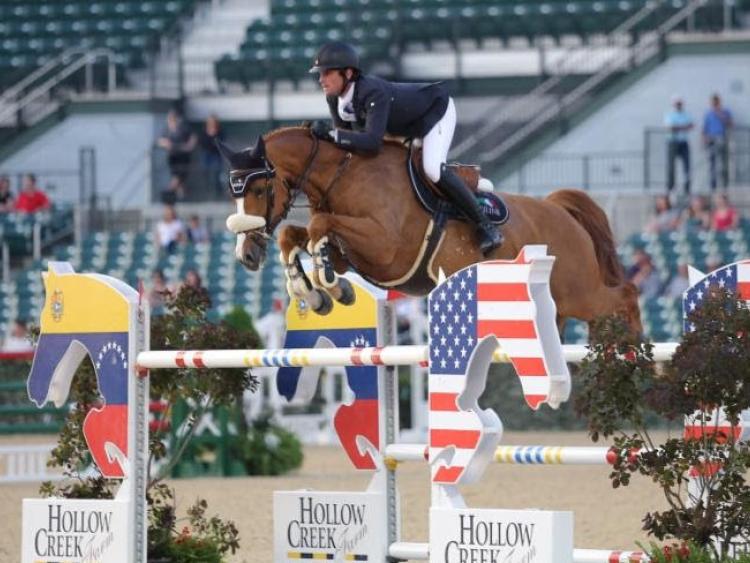 Offaly's Darragh Kenny has been named on the Irish Show Jumping squad named for opening the European Longines FEI Nations Cup at La Baule, France on May 17.

This will be Ireland’s first opportunity of the season to gain points in Europe’s top division and Pessoa (pictured) will be hoping to get off to a good start at the French venue, where Ireland finished sixth in 2018.

The Irish squad, sponsored by Devenish and The Underwriting Exchange, for the Longines FEI Nations Cup in La Baule is as follows:

Rodrigo Pessoa feels he has a strong squad travelling to La Baule and said: “For Cian [O’Connor] this will be his first time in a Nations Cup with Irenice Horta who is a new purchase and it is a very exciting combination. Darragh [Kenny] and Balou were second just last week in Shanghai so are in good form and Mark McAuley with Vivaldi Du Theil were also recently competing in Shanghai – so we feel we have a very strong team.”

Pessoa also has one eye on this years European Championships where all-important Olympic qualification places will be on offer:

“We can’t afford to miss out [on Nations Cup points] as we have just four rounds. Our mind this year is also on the Europeans in Rotterdam and we will be spending some time looking at combinations but we will also be looking for a good result. Everything we do this year is with a view to the Championships but we also cannot underestimate what we have to do in Division 1 of the Nations Cup," he said.

Along with Ireland, the list of teams also competing for points in La Baule includes; Belgium, Switzerland, Germany, Britain and the home team from France, while Canada an Brazil will also compete but will not be eligible for points.

For the 2019 season, each of the top-tier teams can take part at four European Division 1 venues, with all four results counting for points on the league table. Ireland finished as runners-up on the 2018 Nations Cup league table to book their place in the Longines FEI Nations Cup World Final in Barcelona – where they went on to take third place on the podium.

The 2019 final in Barcelona will also include the added incentive of having one final qualification place on offer for the 2020 Olympic Games in Tokyo.

Following La Baule, Ireland’s next outing will be at Sopot in Poland on June 16. Hickstead in England will be Ireland’s third chance to pick up points on July 26th, where Ireland will be hoping to repeat their victory from last season. Ireland’s final opportunity to score points will come on home soil at the Dublin Horse Show on August 9th, where the Aga Khan trophy will be on offer.