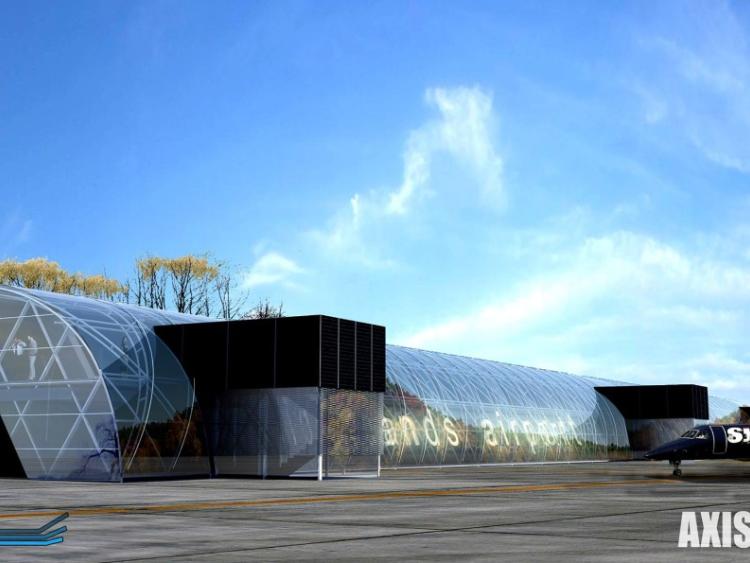 OPINION: Why an airport in Offaly isn't crazy and could actually work

"Insanity" - that's how Ryanair boss Michael O'Leary described the idea of a regional airport in Offaly back in 2016, and yet the private consortium behind it, led by the Tullamore-based Patrick Little, remain undeterred.

In the pipeline for over a decade, the Midlands Airport Development took off again this week when a meeting of Offaly County Council revealed the local authority was facilitating a funding bid for the airport with a €2.5 application for government cash.

The airport would be located at Tubber, not far from the county's border with Westmeath, and aims to create over 5,000 jobs, with a 3.5km runway taking commercial and cargo aircraft.

Commentators and the likes of Michael O'Leary were quick to scoff at the idea of an airport in Offaly in 2016 when it seemed discussions with landowners were concluding and the proposal was advancing. Talk of €500 million to fund the plan and subsequent returns of a similar figure per annum were fodder for naysayers.

Writing in the Irish Times at the time, after picking apart the prospect of the airport, Ciaran Hancock jibed, "the acronym for Midlands Airport Developments is MAD, which is rather unfortunate. Sadly, it might prove to be apt in the long run."

That was the consensus at the time, but with a number of councillors this week basically saying, 'let's see where this goes,' it seems the barricade may be softening, at least within the county. It was apt that this airport plan came up at a meeting of Offaly County Council on the same day the IDA was in town to give a progress report, one that was rather predictably roundhoused by councillors.

The IDA numbers showed the Midlands was the weakest performing region in the country on the foreign direct investment front, both in terms of current jobs and growth rate. Indeed, the people behind the Midlands Airport Development, pointed out this very fact in their initial justification for the project.

Read also: 'We've heard it all before' - Offaly councillors speak out during IDA presentation

As well as aviation opportunities, the developers say the airport will deliver knock-on benefits. "The IDA has designated the Midlands as a regional centre for biopharma industries. 100 acres of development sites will be available for Irish and Foreign industries working within this industry," they say. They also say hotel space, residential units and educational facilities will be provided at the site of the airport.

Evidently, talk is cheap and running an airport is not, but who are we to argue with financiers who clearly have deep pockets? The industry element of this development could address some of the imbalance in foreign direct investment across the regions. The East and West, as well as the big urban centres nationwide, are racing clear while the Midlands languishes.

Even within the Midlands, councillors in Offaly have lambasted the IDA for sending most FDI coming here to Athlone, rather than Tullamore. This airport's location between both regional centres could be a means of sharing that investment around - logistics are high on the list for the IDA and the companies they invite to Ireland, after all, or so they would have us believe.

With an airport near Clara and Tullamore, a link-up to the rail network should be seamless, opening up passengers and companies to the entire country. It also opens up the possibility of taking on Dublin for air traffic in a bigger way than the likes of Shannon, Cork or Belfast, especially in terms of freight services.

Having said that, taking on Dublin, which takes over 80% of all the country's air traffic and has a virtual monopoly on freight services, is unrealistic, especially when the head of the biggest airline in Europe has called your idea insane. But, as was pointed out at Offaly County Council this week, Dublin has a capacity issue and a distinct need for a second runway, a planning fiasco that has now dragged on for more than a decade.

Read also: POLL: Do you think an airport in Offaly is a good idea?

Planning permission for a second runway at Dublin Airport was given planning permission in 2007 but was parked during the recession. It has been revived and according to Failte Ireland, is badly needed to deal with demand, especially with growing tourist numbers. If the runway does eventually go ahead, it may be 2022 before shovels hit the ground on the site, while night-time restrictions have also been mooted to the dismay of the DAA.

As well as possibly attracting industry, a Midlands Airport could be a winner with tourists, if supported by the airlines. It would be one of the best-connected airports in the country with the rail network on its doorstep and the M6, N62 and N52 linking the site with every motorway in the land. You can drive from Tubber to Dublin or Galway in just over an hour. You'd get to Cork in two and a half hours, and could reach Belfast in a similar timeframe.

A Midlands Airport opens up the tourism potential of the entire country, not just Dublin and the popular destinations of Galway and Kerry. If the likes of Failte Ireland really believe in the likes of the Hidden Heartlands, and the outer reaches of the so-called Ancient East, they should be fully behind this proposal. The opportunity to market the entire island to tourists, especially foreign tourists, is not one to turn your nose up at.

There are many issues with the idea of a Midlands Airport, not least the challenge of wrestling meaningful passenger traffic away from Dublin, and the slow rate of success this would entail during the expensive early years, but we shouldn't cast it aside so quickly.

The reaction to the Offaly Express story regarding the funding application for the project this week sparked a huge reaction, largely one of hilarity, but also dismissal. The same attitude could be attributed to the likes of Michael O'Leary who basically laughed this out of the room in 2016, but he might be reminded that people also thought he was mad at one time.

In a day where rural Ireland, especially the Midlands, is being left behind in the economic recovery, ambition, even blind ambition, should be respected. One of the most bewildering comments on this week's news was the suggestion Offaly was "getting notions." Tongue-in-cheek as that may be, there is a whiff of that derisive 'get-back-in-your-box' attitude.

Rural Ireland should have notions about itself and grand ambitions - because you can be damned sure, no one else is going to have them for us.

BREAKING: Bank of Ireland to close three branches in Offaly