Strong wind, heavy snowfall and blizzards on the way tonight and into tomorrow 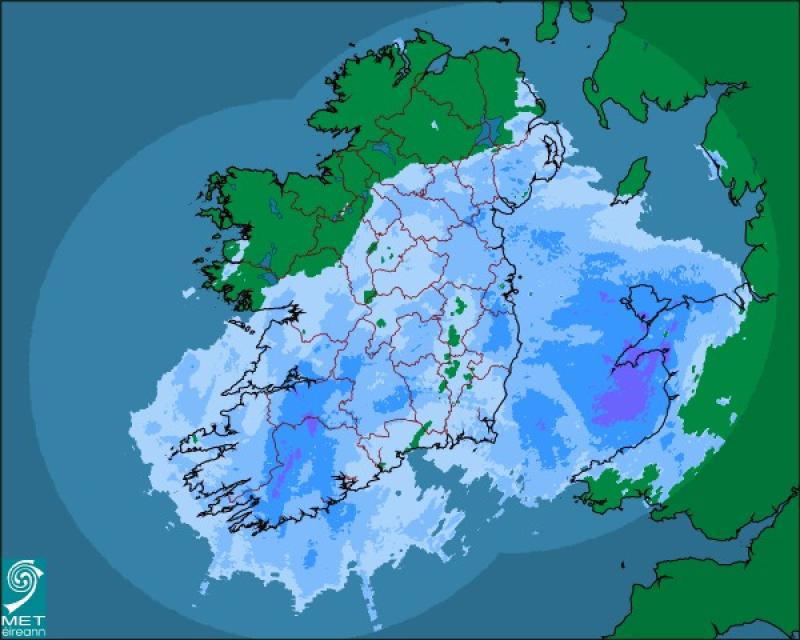 Met Eireann is forecasting blizzard conditions tonight that will extend through Leinster, Munster and Connacht in strong and gusty northeasterly winds. The heaviest snowfall will be along eastern and southern counties. Snow through Ulster will be mainly from showers. Lowest temperatures will be around 0 to -4 degrees.

There will be further accumulations of snow during Friday although the snow may turn to sleet or rain near the south coast. The snow will be heaviest again in the east and south of the country, with drier conditions developing across the north during the day. Highest temperatures -1 to +3 degrees.

The Status Red Weather Warning is in place until 6pm on Friday. READ MORE HERE

The strong easterly winds will steadily ease on Friday night and temperatures will be below freezing once again, down to as low as minus 3 degrees but lower over lying snow. There'll be a mix of snow, sleet and rain in the south with further snow showers along eastern and northern coasts. There'll be breaks in the weather but it will remain rather cloudy.

Met Eireann is forecasting that there will be some brighter weather on Saturday with dry spells developing. The fresh easterly winds will ease for a time but it will remain cold with temperatures from only 1 degree in the east and up to 4 or 5 degrees in the west, coldest over lying snow. The temperatures on Saturday night will be very low again, down to minus 5 degrees.

There'll be rain, sleet and snow showers on Sunday and Monday along eastern and northeastern coasts with temperatures still very low for the time of year as the easterly regime persists. The winds will gradually ease, becoming light by Monday.

The further outlook in to next week is for the cold conditions to persist with light to moderate east to northeast winds and isolated wintry showers.