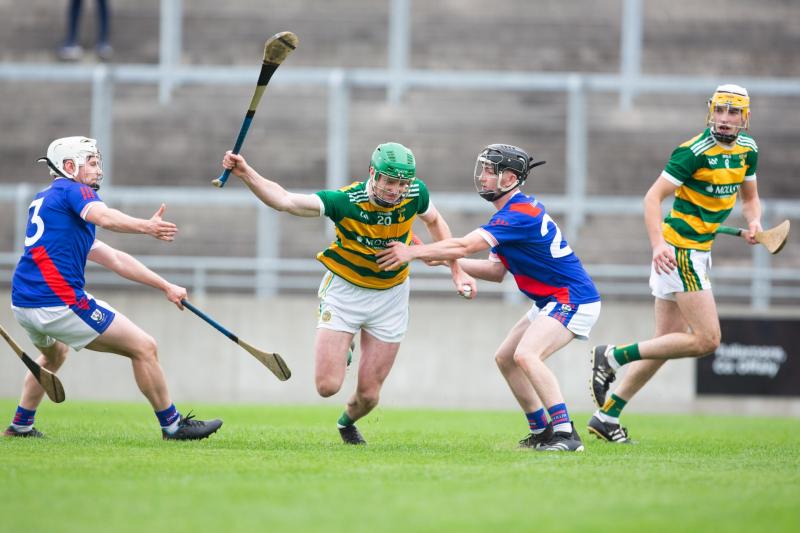 IT will be very much make or break time for some clubs in the Molloy Environmental Systems Senior Hurling Championship this weekend.

The fourth round takes place this weekend and will go along way towards determining the four semi-finalists – the ten teams are in two groups of five, playing the clubs in the opposing group and the four with the best record go into the semi-finals.

Kilcormac-Killoughey and St Rynagh's are top with six points from their three games to date. They play each other on Sunday and a defeat won't be fatal to the losers, who will still be expected to advance.

There are three teams on four points, Birr, Coolderry and Kinnitty and they will be desperate to get up to six points while Shinrone, Ballinamere and Belmont are on two points and Drumcullen and Seir Kieran have yet to get a point and look to be heading for the relegation battle.

There is a fifth round to take place but this weekend will give a clear indication of the likely qualifiers. It is massive for many of the clubs. The teams on two points have to win to have any chance and a defeat will place huge pressure on the clubs on four points.

The meeting of Birr and Shinrone could be the game of the weekend. It is essentially a knockout game for them. Birr are on four points and will still have a chance of qualifying if they lose but they have St Rynagh's in their final group game and will be underdogs in that.

It pits two clubs who have plenty of talent but have flattered to deceive. Birr looked good in their wins over Seir Kieran and Drumcullen but lost in their first big test to Belmont, who were without Oisin Kelly. This time of year won't suit some of their younger, lighter players and this is a huge test for Birr. Shinrone also have a lot to prove. They had a good win over Ballinamere in the first round but haven't been convincing. They do have a good chance here.

Ballinamere's season hasn't ignited yet. Their best performance was against champions St Rynagh's but their first round defeat to Shinrone was a disaster for them while they struggled over Drumcullen in their last game.

It is not the form of semi-finalists or championship contenders, even if they do have a lot of talent. Ballinamere have enough good hurlers to make become really competitive but it looks like this year is too soon for them. They come up against struggling Seir Kieran this Sunday and can expect a tough test but they should still be strong enough to keep their season alive.

K-K were bitterly disappointed at their 2020 senior hurling final defeat by St Rynagh's before the start of this year's championship but their fitness levels have improved considerably in the last few weeks and they are going well. St Rynagh's are also motoring very well and they are the team to beat.

Coolderry have performed very well this season and have emerged as the main threat to the ambitons of St Rynagh's and Kilcormac-Killoughey. As expected, Drumcullen have battled very hard but find themselves in the relegation dogfight.

Coolderry look set for the semi-finals. They lost to St Rynagh's in their last game but now face Drumcullen and Seir Kieran. Their form suggests they will come through these with four points and a semi-final place.

The meeting of Belmont and Kinnitty on Sunday is a very interesting one. Belmont finally got their season off the mark with a win over Birr in the last round and this gives them an outside chance of making the semi-finals.

They simply have to win this but it is a real banana skin for them. Kinnitty have done everything asked of them this season. After losing to St Rynagh's, they have beaten Seir Kieran and Drumcullen and this puts them in the mix for a semi-final. Their priority has been to avoid relegation and with Shinrone up last, they are now in bonus territory. Normally Belmont would expect to beat Kinnitty but this will be hard won. Belmont are without their star player Oisin Kelly who is getting a cruciate operation this week and they didn't score from play when losing to Kilcormac-Killoughey. They answered their doubters against Birr to some extent and this is another important game for them. Kinnitty will fancy their chances here and staying in the hunt for an unlikely semi-final place.