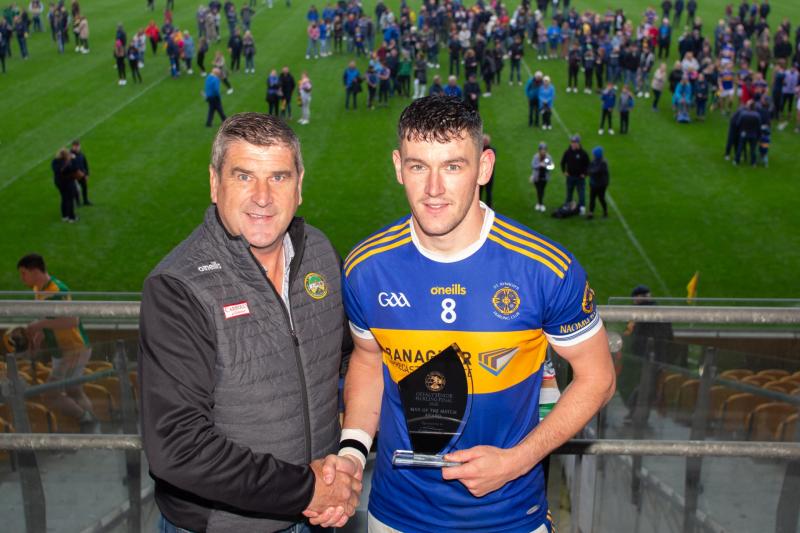 On page seven of the match programme for last Saturday’s county final, GAA historian Pat Donegan listed the story behind three previous occasions where an Offaly senior hurling final was played in a later calendar year, the most recent being Birr’s 2000 championship win over Seir Kieran, which was played in March of 2001.

There was also a four-year delay before Killoughey’s win over Kilcormac in the 2007 championship, while perhaps the most interesting was the explanation of the ‘Har Armstrong affair” that led to the 1923 final between Kinnitty and Clara getting played in May of 1924.

No doubt in each of those cases, there were huge question marks over the readiness of the teams involved – and the 2020 final was no different. To watch St. Rynagh’s hurl, it looked like they were right in their championship rhythm, particularly as midfielder Aidan Treacy swung over a gorgeous point at the death to clinch his Player of the Match award. Yet the Offaly county player was just as uncertain as everyone else on the field and in the stand as to how ready his team would be for this game.

“It’s a great feeling, we’ve been waiting a good while to get the final played and it’s just fantastic to get over the line today” was his immediate reaction to their six-point win.

“The unusual thing with this final was nobody knew where we stood. It’s hard to know what kind of form you are on. Thank God on the day we got going and got the scores early and that was the key. I thought we reacted well to conceding the goal.”
And his best guess as to how ready, or not, they were for the challenge of Kilcormac-Killoughey?

“You have to believe you are ready otherwise you have no business coming here. There would have been doubts in the sense that we had no championship games before this. In previous years, you would have a semi-final, know where you are at and what you need to work on.

“We had our heads well-tuned in the last couple of weeks. It’s a credit to the lads really that weren’t on a county panel to continuously be training when there was always doubt about whether the game would go ahead in August or not. For them to keep the discipline and be in the shape they are in today, it shows the character of this team and this panel. We are around a good few years but we are still not that old, a lot of us about 27 or 28”.

Treacy wasn’t the only St. Rynagh’s player to make reference to where this win fits into the greater scheme of things, and the club’s desire to quickly add title number 20 to their lengthy list of honours.

“In 2016 we won one, it was disappointing that we didn’t win in ’17 even though we were back in the final. We wanted to right those wrongs as well, that was always in the back of our minds. Thank God we got over the line and got the back to back done today”.

The wait to defend their crown will now be a short one.

“It’s fantastic to be back hurling. We missed it last year when we weren’t for a while. We will relish the chance of going back into championship in two weeks’ time. This win will all be forgotten about in a couple of weeks’ time as we go forward into this year’s Championship.

“It’s been a great year. It was fantastic to get the Christy Ring with Offaly, to go back up to Division One, and now to win a county championship as well. It’s not too bad I suppose, but hopefully, there’s more to come!”