Hard working Offaly blown away by Dublin in second half 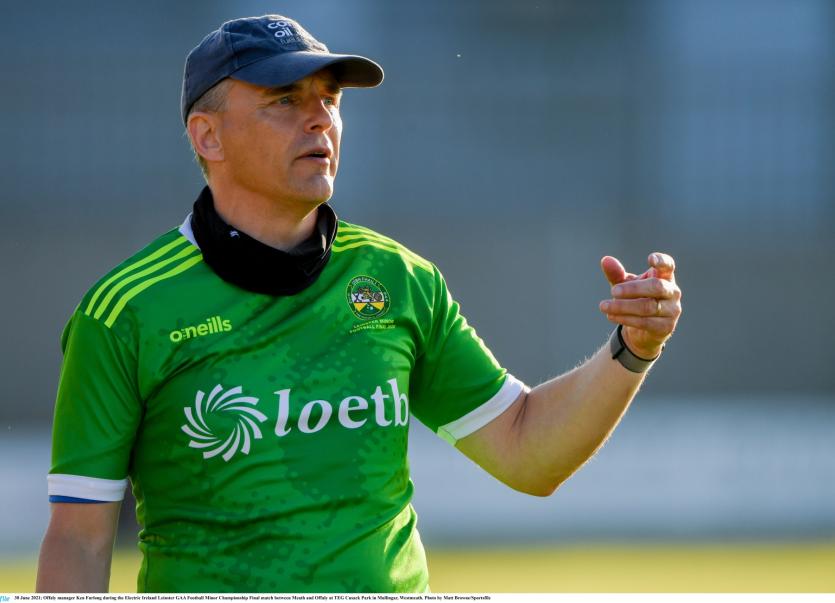 THE scoreline doesn't reflect how competitive they were for forty minutes but Offaly were still resoundingly beaten when they bowed out of the Leinster Minor Football Championship with a defeat by a strong Dublin side in Bord na Mona O'Connor Park.

Offaly tried very hard on the day and gave a great account of themselves in the first half. They were very much in the hunt when they trailed by 0-7 to 0-5 at half time and could have been level or ahead at that stage. However, they only managed one point in the second half and from the moment, Sean Gannon got Dublin's first goal in the 39th minute, the only issue at stake was their winning margin.

Offaly gave it their best shot on the day but ultimately, Dublin were a vastly superior side. The winners had an excellent full forward line who gave the Offaly defence a torrid time and accounted for 2-10 of their tally with 2-5 coming from play. Offaly could have been closer and they will wonder what might have happened had they converted a couple of their goal chances but the impression remains that Dublin would have been able to get the win.

Apart from the quality of Dublin's play, the reasons for Offaly's downfall were twofold. They played very well in the first half, matching Dublin all over the field but they just didn't attack them enough. They seemed a small bit nervous on the ball, failing to break the line and turning back or going sideways for the safe pass. They had as much possession as Dublin in the first half, though the visiting full forward line were always capable of inflicting pain. Confidence seemed to be an issue in that first half and they had too many players back at times. They didn't release the ball in quickly enough to the forwards but Offaly can still be proud of the way they competed with Dublin.

It was a different story in the second half and the biggest issue for Offaly was the huge volume of errors they made, the quantity of ball they gave away. Offaly's passing was very sloppy and a lot of those wayward balls were punished as Dublin turned the screw. Almost every player gave the ball away at some stage. It was the single biggest reason in Offaly's demise as Dublin were much more efficient in their use of the ball.

Offaly were honest and they worked hard. Commitment wasn't the reason they lost and even when Dublin were out of sight, they kept working hard and trying to do the right thing.

There were some decent performances on the Offaly side. They had some very hard working displays in defence but some of the players who impressed with their work rate and some of their tackling also made a sizeable number of mistakes. This happened all over the field and Offaly can't really complain at the outcome. Patrick Taaffe worked terrifically hard in defence, though he was one of the players who kicked some ball away. Donal Shirley had good moments in a midfield zone that Dublin won while Marcas Dalton and Robbie Gallagher were Offaly's best forwards – Gallagher was the only man forward on occasions and always tried to make himself available while Dalton got on a lot of ball and he looks to be a prospect, though he needs to drive forward a bit more.

Offaly competed very well in the first half and were well in contention when they trailed by 0-7 to 0-5 at half time.

That scoreline was a fair reflection of the way the game went. Dublin were marginally better when attacking, they looked more dangerous and they took on their opponents a bit more but Offaly were very hard working and were as good as them in most sectors.

Offaly settled quickley and led by 0-2 to 0-1 after eight minutes – Luke Bourke tapped over a neat point from play while the hard working Robbie Gallagher, who showed well for the ball, had a great goal chance but didn't really go for it and his shot was deflected over for a point.

Dublin improved after that and went 0-5 to 0-2 clear with their full forward line posing problems for Offaly. Two fine long range Geordi O'Meara frees brought it back to a point before Dublin went 0-7 to 0-4 ahead. Offaly had another goal chance before the interval but Luke Bourke was dispossessed while a fine Marcas Dalton point brought the gap back to two at the break.

It was a solid first half by Offaly and they were very much in the hunt at the break. Unfortunately, they couldn't sustain the pace in the second half and they only managed to remain competitive for a further nine minutes. They could have got a goal as a Geordi O'Meara free rebounded off the post and it fell for Robbie Gallagher – he could have punched the first attempt but gathered the rebound and his shot was saved by Charlie Coghlan.

PROPERTY IN FOCUS: These five houses in Offaly are for sale for less than €150,000

Dublin were 0-9 to 0-6 ahead when their first goal came in the 39th minute after Daragh McKeon didn't hit the target with his pass and Sean Gannon raced through. Donal Shirley had got Offaly's only second half point 30 seconds after the resumption and the game was over as a contest when Scott McConnell got an excellent goal in the 41st minute. Their third goal was the pick of the lot, a great run and finish by Mark McNally in the 50th minute and it ended up a quite bad beating for Offaly. 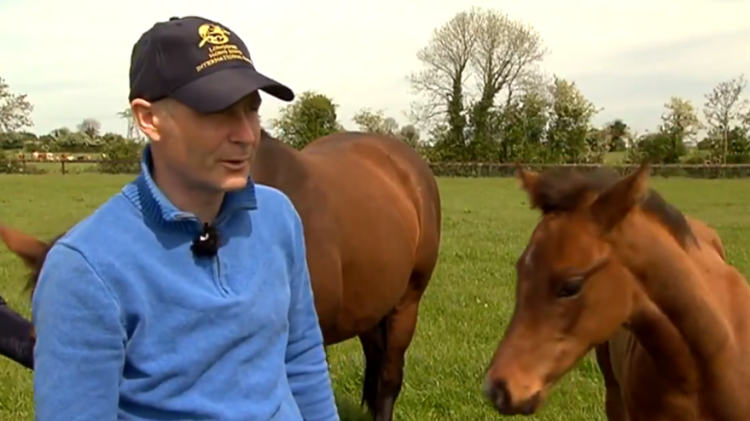