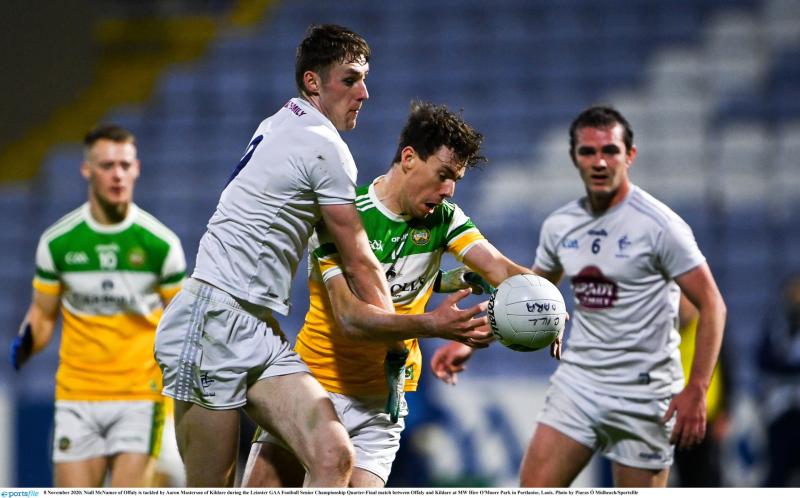 Niall McNamee, back for another season for Offaly.

OFFALY'S fixtures in the 2020 National Hurling and Football Leagues have been confirmed.

In hurling, Offaly have a very difficult task in Division 2A where they face Meath, Kerry, Carlow, Down and Wicklow. Four of those counties, Meath, Kerry, Carlow and Down are in a higher championship grade, the Joe McDonagh Cup than Christy Ring side, Offaly and Michael Fennelly's charges will have their work cut out.

Wicklow are the only fellow Christy Ring Cup side that Offaly will face and that is their last game, in Aughrim on Sunday, June 13. By that stage, Offaly will have a fair idea of their fate. They begin on Sunday, May 9 with a trip to Navan to face Meath. A week later, Sunday, May 16, they are at home to Kerry in O'Connor Park. They travel to Carlow on Sunday, May 23 and then have a week's break before a home game against Down, this time in Birr on Sunday, June 6 with the Wicklow game seven days later.

While spectators are unlikely to be permitted, Offaly's task is made more difficult by the fact that they have three away games and just two at home. They have decided to give one each of their home games to Tullamore and Birr and their tactics are interesting as they are making their two opponents travel further with Down going to Birr and Kerry making the longer trip to Tullamore.

Offaly footballers have two games at home and just one away in a very condensed Division 3 South schedule. They travel to Aughrim to face Wicklow on Sunday, May 15 and then have two Saturday games, both in Tullamore's O'Connor Park. They welcome Limerick on Saturday, May 22 and have Tipperary there the following Saturday, May 29.