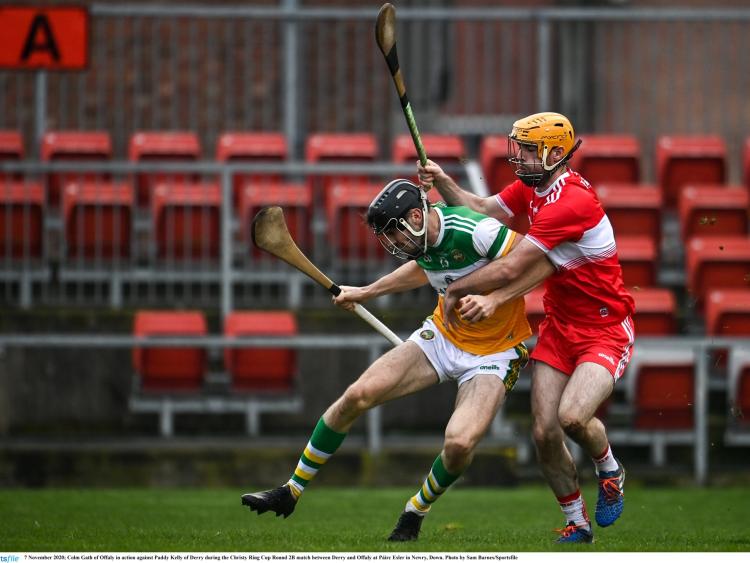 Colm Gath holds onto the ball against Derry.

ONE change in personnel has been made for the Offaly senior hurling team that will face Down in the Christy Ring Cup semi-final in Newry on Saturday at 1.30pm.

Durrow' Ciaran Burke comes in at corner back, replacing Dan Doughan of Shinrone who started in the round 2B win over Derry but was replaced in the 57th minute by Burke. Belmont's Damien Egan moves out to the half back line and apart from that, the team is the same as the one that made the successful trip across the border last Saturday.

Offaly had a particularly good first half in a comprehensive 0-32 to 1-12 win over Derry. They are warm favourites to account for Down in Newry – the winners will be promoted to the Joe McDonatgh Cup as the two finalists go up this year. Kildare and Roscommon clash in the other semi-final and the final is down for the following week.