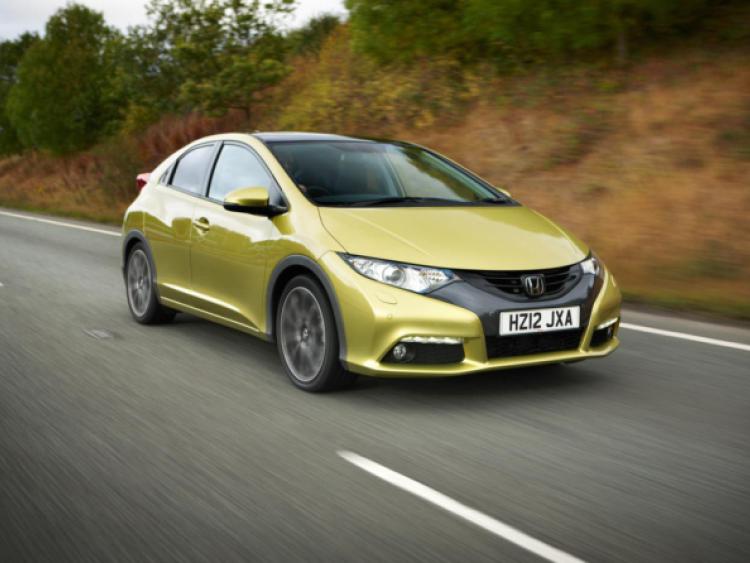 Honda caused of a stir when it launched its previous generation Civic. To say it was a radical departure from the norm is something of an understatement.

Honda caused of a stir when it launched its previous generation Civic. To say it was a radical departure from the norm is something of an understatement.

Aimed at attracting younger drivers to the brand, its radical appearance went some way to helping Honda towards its goal.

What we have now is Honda’s ninth generation Civic, a car packing greater levels of refinement and comfort while also delivering a driving experience that should please those seeking a bit of fun from their daily commute. In diesel form the car is also considerably cleaner, and if you haven’t already noticed it’s visually a little less in your face.

This Civic’s overall stance might be similar to the previous car, but it’s been softened slightly fore and aft. A black centre section replaces the glossy nose of old, while at the back the design of the car’s light bar has been toned down plus it’s been repositioned as part of tailgate redesign to boost rearward visibility. And there’s now a rear wiper - proof that Honda does listen to customer feedback.

Overall, though, the Civic retains its athletic-looking profile. The glass area has been reduced to exaggerate the car’s ‘sporty’ character along with the inclusion of the steeply raked windscreen.

The sporty theme continues inside, with the driver’s environment divided into an almost wrap around section including the main instruments and gearlever, making you feel like you’re in the cockpit of a racing car. The rest - high level digital speedometer, audio unit, climate controls - are above and to the left respectively where you’d expect them.

Unusually for a car in this class, cabin space is also good. It’s often a compromise - good up front but only fine for children in the back - but Honda touts the Civic as having ‘class leading’ cabin space and adult-friendly rear legroom.

Furthermore, the Civic’s load carrying abilities are no less impressive. There’s a ‘second trunk’ compartment in the boot floor for your valuables, plus with 477 litres and 1,378 litres available with the rear seats up and folded flat respectively, the new Civic follows in the footsteps of the smaller Jazz with its above average carrying capacity. And like the Jazz, the Civic comes with ‘magic seats’. These rear seats not only fold flat but, as part of the 60:40 split arrangement, they can be folded upright to reveal a further load option for tall items. In a few quick moves both the seat back and cushion can be locked out of the way to accommodate Aunt Mary’s large pot plant.

Honda isn’t just satisfied appealing to our practical side, though. The Civic’s three engines - two petrol, one diesel - have been revamped to deliver more savings at the pump and when paying the tax man. In manual transmission guise they all get the now expected engine stop-start feature for good measure. A five-speed auto option is available for the 1.8 petrol Civic.

For all the changes, has Honda succeeded in rounding off the Civic’s quirky corners? By and large, yes. On the road the car’s new electric power steering has been cleverly calibrated to deliver a good balance of weight and feel. The redesigned manual gearshift is more accurate and requires less effort. Forward visibility is good - the view rear is better.

The diesel Civic is most obviously a motorway mile-muncher and will be a boon for business drivers, while the 1.8 petrol variant feels lighter on its feet and a fun steer on twisty roads.

With four trim levels boasting generous levels of kit, a cabin delivering a high quality ambience and above average levels of space and a flexible load carrying capacity that’s hard to beat elsewhere, Honda’s attention to detail should be commended. Style-wise this Civic is less polarising and its on road performance is more rounded and mature. It’s still fun, though. In fact, with the improvements to its engine range it could now be described as good clean fun.