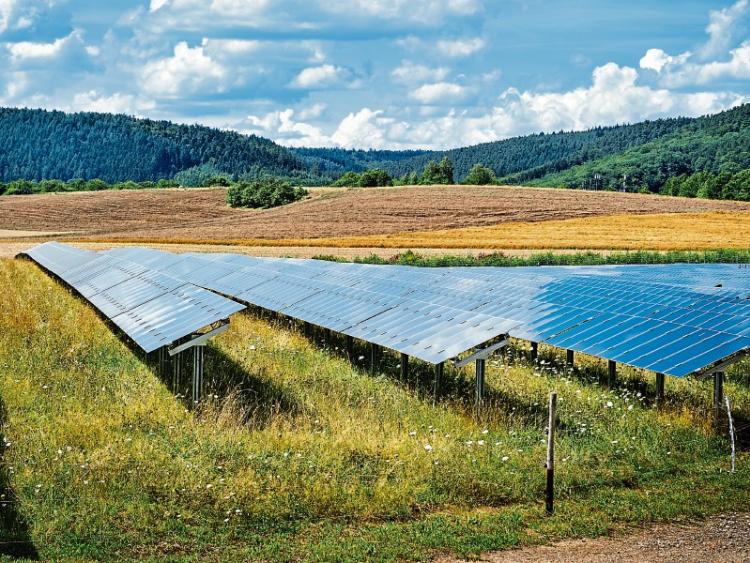 Offaly's boglands could become home to a vast array of solar panels to power up to 150,000 homes as part of a new project announced by ESB and Bord na Mona.

As expected, the companies announced this afternoon that the project will be in four locations across Roscommon, Offaly and Kildare.

The joint venture will access part of Bord na Móna’s land bank in strategic locations across the midlands which is suitable for large scale solar energy projects and brings together the expertise of two leading commercial semi-state companies in renewable energy with significant projects that support Ireland’s energy transition.

Speaking at the launch today, Chief Executive of ESB Pat O’Doherty said: “In ESB, we are committed to a future where low carbon electricity powers a low carbon society.

“We have already an established position in the solar market in Ireland, with both ground mounted and rooftop solar projects under development.

“ESB’s deep relationship with Bord na Móna in the Midlands spans decades. This new partnership – with the potential to power 150,000 homes and businesses - reinforces our confidence in solar to help Ireland meet its carbon reduction targets beyond 2020.”

Currently, in Ireland, renewable energy is predominately generated from the wind. It is Government policy to introduce more diversity in the renewable energy portfolio by promoting other technologies such as biomass, wave, tidal and solar energy.

Mike Quinn, CEO, Bord na Móna concluded; “Community consultation will be placed at the heart of the project. From our long history of working together in communities right across Ireland, Bord na Móna and ESB bring considerable expertise and knowledge in delivering best in class community engagement around our projects, ensuring a clear commitment to open and transparent engagement with households adjacent to any proposed development.

“The solar industry, although in its infancy here in Ireland, has the potential to form an important part of Ireland’s future energy mix in the medium to long term. To that end, ESB and Bord na Mona believe in collaborating on, and investing in, the development of this clean and efficient energy source.”