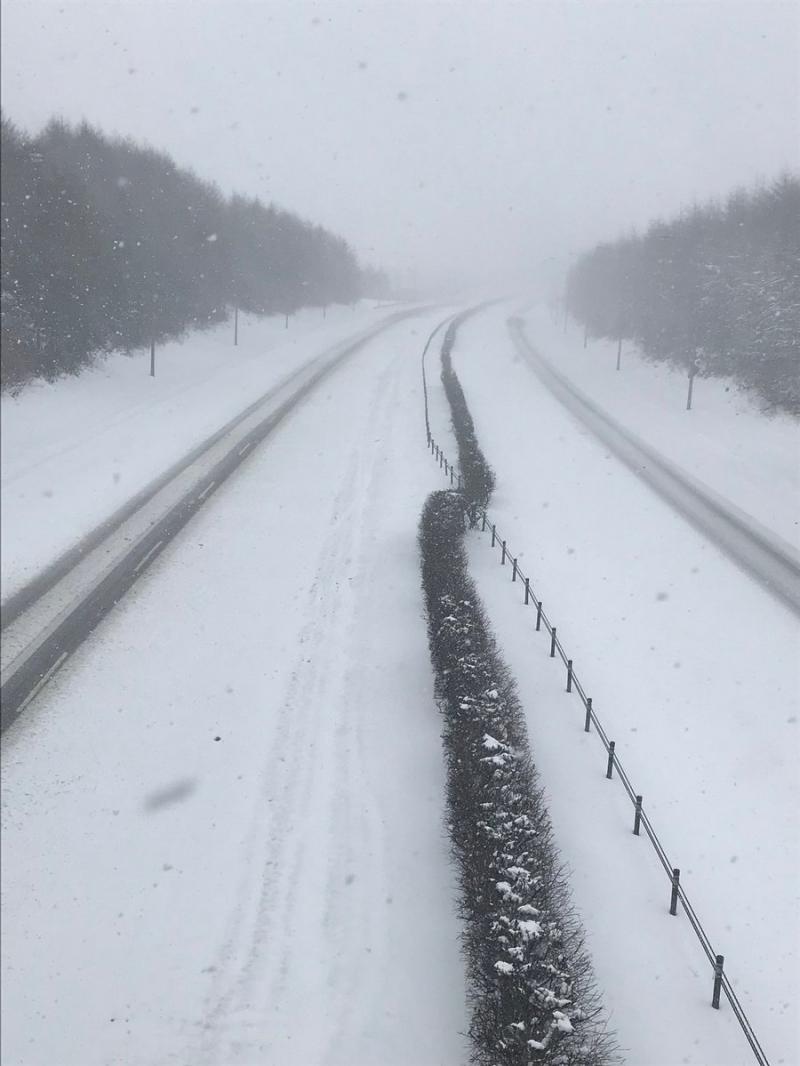 A Met Éireann forecaster has warned that snow is on the cards with the possibility that significant and lasting falls could hit Ireland if stormy Atlantic weather slows over Ireland as it meets cold air over Northern Europe.

Ireland's forecasting office issued the warning in a commentary similar to those published ahead of extreme weather. Meteorologist Liz Walsh set out what to expect from conditions which are not dissimilar but likely less extreme than when Storm Emma hit the Beast from the East in 2018.

"Our weather is expected to turn progressively colder from early on Sunday, February 7 with the cold spell now looking likely to last well into next week," says Ms Walsh.

"The origin of the cold air over Scandinavia will bring a northeasterly or easterly component to the wind-flow over Ireland. That wind will be especially noticeable on Sunday and Monday with gusty east to northeast winds likely to produce a significant wind-chill factor.

"Daytime temperatures are expected to struggle in the low single figures, generally 1 to 3 degrees Celsius, which means any frost or ice that forms at night will be slow to clear, if it clears at all, so the risk of icy roads and footpaths will increase.

"Snowfall is expected in the form of showers from Sunday onwards, but more especially later on Monday and during Tuesday. Any showers are likely to be restricted to eastern parts of Leinster and Ulster initially, but a few may push further inland during Tuesday," she said.

Met Éireann has issued a weather advisory for the first half of the week. Evelyn Cusack, Head of Forecasting, has said her team is on 'high alert' and she has warned that the second half of the week could bring harsher conditions.

Her colleague Ms Walsh outlined the possibilities saying the impact depends on the strength of the Atlantic weather.

"There is still a high degree of uncertainty in the forecast from Wednesday 10th February onwards, but it looks as though Atlantic frontal systems will attempt to push milder air in from the south to displace the cold air in situ over Ireland.

"It is still too early to predict how energetic or vigorous these frontal systems will be, and that has a downstream effect on the impact that this clash of mild and cold air may have over Ireland. If the frontal feature is vigorous, for example, it would likely make quick progress northeastwards over the country and any associated snowfall would be a transient affair with rain following behind.

"However, if the frontal system has less energy as it comes towards us and starts to become slow-moving either on its approach or as it tracks over us, we could end up in a situation where some parts of Ireland could see more significant and lasting snowfall," she warned.

The meteorologist said warnings are on the cards for the coming days.

"Whatever the case snow-ice and/or low-temperature warnings are likely in the coming days for conditions from Sunday through Tuesday, and forecasts for the latter part of next week will be updated and fine-tuned as we move closer to the time," she said.