UPDATE: Potential for a stormy Friday while 'Arthur' becomes first storm of the season 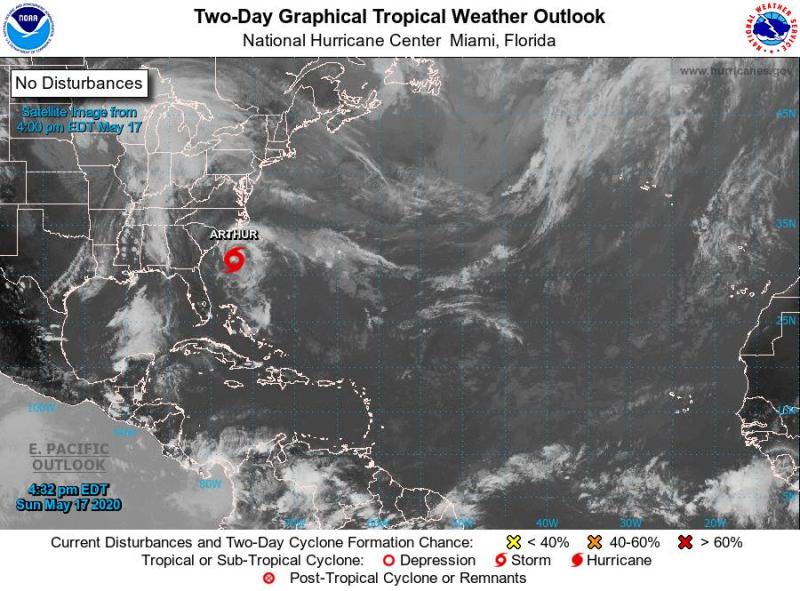 There is a potential for a stormy Friday this week while "Arthur" has become the first storm of the season.

Tropical Storm Arthur is the first Atlantic storm of the season and is expected to track North and then Northeast before turning Southeast, according to www.carlowweather.com.

Forecaster Alan O'Reilly said: "This isn’t expected to have a direct impact on our weather."

He added: "However another low system is expected to track towards Ireland on Thursday night and Friday.

"This could bring some rainfall and risk of strong winds, especially in Western areas. The track and details of the system are subject to change at this stage so stay tuned for updates."

Latest ECMWF charts show track of potential storm for Friday a little further Northwest of Ireland with strongest winds in the West and Northwest. pic.twitter.com/5piMqlniEW