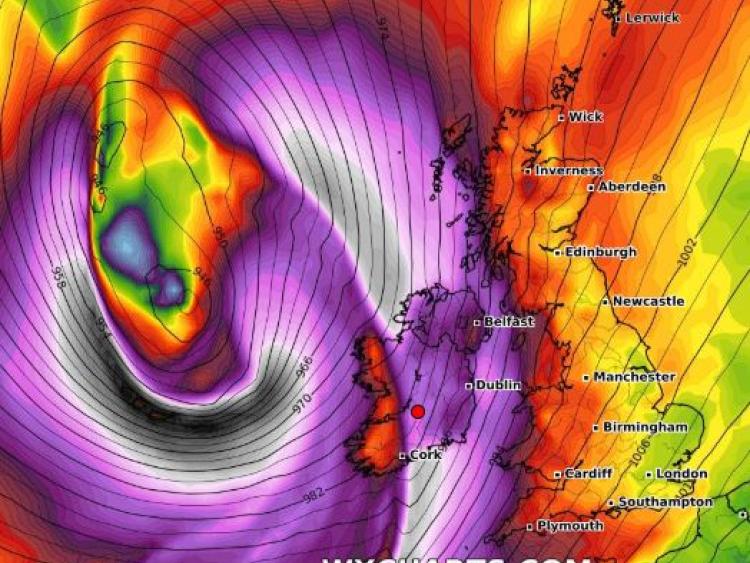 The country has been put on alert for the approaching Storm Brendan which is set to hit the country on Monday.

Met Eireann has issued a series of weather warnings ahead of the arrival of Storm Brendan on Monday with every county in Ireland affected.

A Status Orange wind warning has been issued for Donegal, Galway, Leitrim, Mayo and Sligo.

"As Storm Brendan tracks to the northwest of Ireland, southerly winds veering southwesterly will reach mean speeds of 65 to 80 km/h with gusts of 110 to 130 km/h, highest in coastal areas," forecasters said.

"There is a significant risk of coastal flooding due to the combination of high spring tides and storm surge."

That warning is valid from 7am to midnight on Monday.

A similarly severe Status Orange wind warning will be in place in Wexford, Clare, Cork, Kerry, Limerick and Waterford from 7am until 3pm on Monday.

"Winds veering southwesterly will reach mean speeds of 50 to 65 km/h with gusts of 90 to 110 km/h," Met Eireann said of this warning.

It is valid from 7am until midnight on Monday.