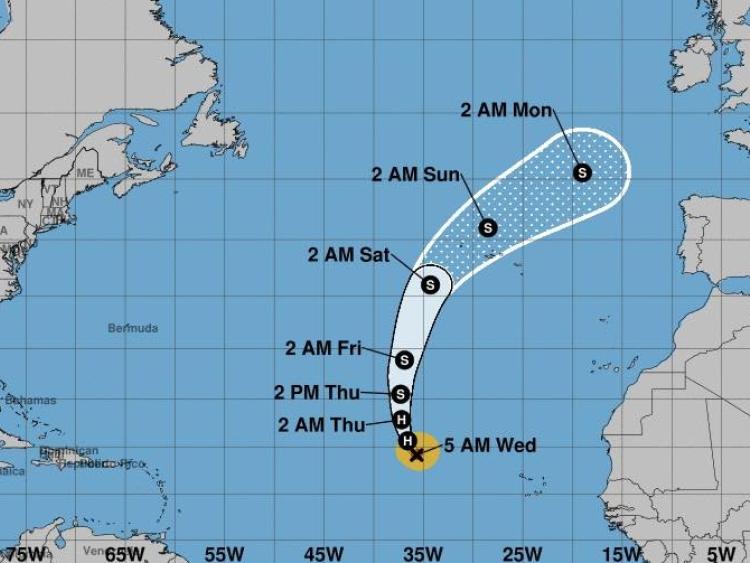 The probable path of Hurricane Helene

The UK Met Office have issued a series of warnings for much of Britain as Tropical Storm Helene, which has been downgraded from a Hurricane over the Atlantic, continues its path towards us.

The weather system is currently in the mid-Atlantic, is expected to track towards Ireland and the UK over the weekend, arriving sometime on Monday evening.

A Yellow National Severe Weather Warning has been issued for large parts of the western UK as the storm is expected to affect the western side of the country late on Monday, before clearing quickly to the north of Scotland through Tuesday morning.

Met Office Chief Meteorologist, Andy Page said: "There remains large uncertainty in the exact route Storm Helene will take, however, a spell of very strong winds is expected. Winds are likely to gust to 55-65 mph quite widely in the warning area, with possible gusts of 70-80 mph in exposure."

Outside the warning area, there will be blustery conditions with increasing amounts of cloud and rain. As Storm Helene clears, it will continue to be windy with some bright or sunny spells.

Met Éireann have yet to issue any warnings ahead of the arrival of Tropical Storm Helene although they have hinted at "very disturbed weather" early next week as a result of the weather system.