The 'Queen of O'Molloy St' in Offaly town remembered with affection 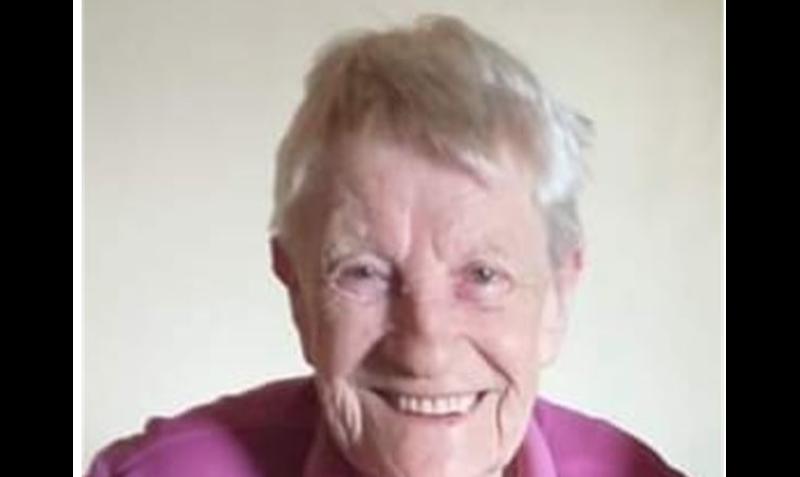 The late Moll Kelly from O'Molloy St in Tullamore

Moll Kelly was the diamond that we were fortunate to cherish as she made each and everyone feel welcome and wanted. Her belief and devotion to help all of us is indicative of her great faith and her genuine warmth made so many of us feel privileged to be in the presence of such a humble, but amazing woman.

Her responsibility in making sure that Kathleen, Paul and Gary would have a future is testament to the how Moll cared for other people and expected nothing in return. A woman who worked in Salts for over 30 years whilst caring for her parents, illustrates the devotion that this remarkable woman had, and is an example to all. Her life in her beloved O’Molloy Street and the countless friendships that she forged to the present day, as was evident from the large attendance at her funeral, are forever as we all remember her friendly smile and sharp wit.

Moll has frequently been called the ‘Queen of O’Molloy Street’ such was her popularity in the street and her door was always open for people to call in and enjoy a cup of tea with Moll, she would puff away on her Players cigarette but would always be attentive to her company.

Moll was a massive fan of Coolraine FC and Manchester United, and would light candles to try and help, and when Coolraine FC won their first trophy in 42 years, her pride in Paul, Gary and the team was immense. Along with Kathleen, they washed and prepared the team kit and always said Coolraine FC had the best jerseys to play in and Moll was happy to perform this task for Paul. Coolraine players showed their appreciation for Moll by turning out in large numbers to provide a guard of honour that is greatly welcomed by her family.

Her love for Paul and Gary is unfathomable as she worried every Sunday about Coolraine getting a result and hoping Gary was not injured, people around the world embrace Mother Teresa of Calcutta, but Moll is the ‘Holywood Legend’ that gave and gave without expectation. As Kathleen said, Moll lived a happy life and fulfilled her life on earth, she lived to help others and loved listening to Spancil Hill that was played at the graveyard as she was laid to rest.

Moll was a devoted viewer of the daily mass broadcast on RTE that she would watch with her sister, Christine, and her prayers were for all, she would give you the last cent in her pocket and lived her life adhering to what she believed.

The devastating loss of Joe and Lizzie never deflected Moll from her faith and for such a small lady, it is said that great things come in small parcels, and this wonderful lady epitomises all that is good in society. Moll will be greatly missed as this woman is a one-off but her legacy of friendship and caring for others will live on.

Her friendships with people like Martin Mills and Kathleen ‘Babs’ Polland were forged over a considerable period of time, and she always looked forward to the visit of Martha Berry, her good friend, every week. When the funeral cortege made its way down O’Molloy Street and stopped at her house, the residents showed their appreciation by a round of applause that rang out from those people who had gathered to honour her life.

Fr. Shane Crombie was a regular visitor to Moll during his time in Tullamore and she loved the conversations that they had. Moll would receive daily communion from Mary Teresa Lynch and was delighted to be back home in her beloved street and to be able to feed her faithful dog, Busby, and watch him race around the back garden.

The funeral mass sermon from Fr. Sean Heaney was delivered last Thursday and mentioned aspects of Moll’s life that made her so special to all of us lucky to have known her and spend time in her company. She had a sharp wit that I was on the receiving end of many a time over the last two years or so and for a woman of her age, her alertness was incredible.

The family would like to thank Phil O’Reilly for the excellent professional services that he always provides and to the people who were responsible for digging the grave, those who volunteered to do the readings in the church and prayers of the faithful, and to Fr. Joe Gallagher also. Moll will be sadly missed, but the good memories that we possess of her will hopefully give us all the strength to carry on and honour her memories, farewell sweet lady and I hope I will get the opportunity to meet you again.