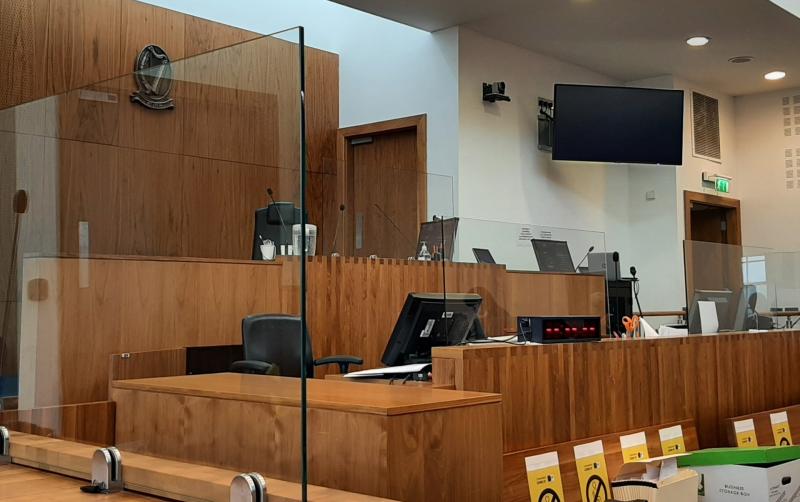 A YOUNG Tullamore man sent a Clara man a text saying “You're dead” over a €200 drug debt, the Circuit Court was told.

Adam Doyle, Arden View, Tullamore, is now aged 21 but was 18 when he demanded money with menaces on three occasions in August and September 2019.

He pleaded guilty to those offences and also admitted making threats to kill a young Clara man, Ewan Nagle, because of money he was owed for cannabis.

Detective Garda Alan Burke told Judge Keenan Johnson during a sentencing hearing last Friday that Ewan Nagle of Aughamore, Clara, who resided with his parents in Clara told gardai he'd been smoking cannabis for a year and started smoking too much.

In August 2019 he decided he would get weed of a certain weight and sell some it himself. Mr Doyle had been giving him small amounts for about a month so he asked him for half an ounce of weed which cost €200.

His plan was not to smoke it and sell it on instead for about €280, resulting in a profit of €80 for himself.

Detective Garda Burke said he ended up smoking all of the weed by the following weekend and Mr Doyle was then looking for €200.

When he didn't have the money on time text messages started to come from Mr Doyle from two different phones.

The messages threatened serious harm and got more aggressive, resulting in Mr Nagle being worried for his own safety.

Adam Doyle said he would call to Mr Nagle's house and tell his father and said he knew his father's phone number.

Between August 24 and September 2 19 messages were sent and in them Mr Doyle called Mr Nagle a “rodent”, told him his head would be “wrecked” and “I'm breaking you up”.

In response, Mr Nagle asked for more time and said he was waiting to get paid and trying to organise a loan. Initially €250 was sought by Mr Doyle and that later increased to €300 and €500 and Mr Nagle was told: “I'll be out to your house and you're going to hospital”.

He accused Mr Nagle of trying to make a laugh of him and texted “You're dead” and “I'm actually going to badly hurt you”.

Mr Doyle told Mr Nagle he had brought the problem on himself and called him a “handicap bastard”.

Mr Doyle called to Mr Nagle's house on September 12 and he was not present. Mr Nagle's parents described the accused as “brazen” and “cocky” and he identified himself to Mr Nagle's father and told him he was calling about a drug debt.

After Mr Doyle left, Pat Nagle drove around Clara looking for Ewan and saw Adam Doyle among a group of young lads in Silverdale.

When he spoke to Mr Doyle there, the accused threatened to “sell on” the debt. Mr Nagle later found out where his son was and picked him up.

Mr Doyle was arrested on September 25 and was remanded in custody, thereafter spending six weeks in prison. Gardai obtained a search warrant and seized mobile phones from Mr Doyle's house.

Judge Johnson heard he was subsequently convicted of other offences in 2020 and 2021, including breaches of the Public Order Act, assault causing harm and possession of drugs.

Replying to defence counsel Suzanne Dooner, Detective Garda Burke agreed Mr Doyle was 18 at the time of the 2019 offences and he and Mr Nagle had previously socialised in the same circles but he could not say they were friends.

In mitigation, Ms Dooner described Mr Doyle as a young man who was known to the court and who was fortunate the court had stopped him in his tracks.

He knew he had let himself and his family down and he was hanging his head in shame. He had pleaded guilty at the earliest opportunity and had no comprehension of the effect his behaviour would have on Ewan Nagle.

Judge Johnson was told the accused had gone for drug treatment and was very committed to dealing with his underlying issues.

He was now working with a carpenter and hoped to get a trade and move out of Tullamore and start afresh.

Judge Johnson said he had seen Mr Doyle in his court far too often and described him as a man who had been out of control.

He described the threatening offences as sinister and remarked how the accused had the gall to call to Mr Nagle's parents. He said he wanted a full apology from Mr Doyle.

Mr Doyle then went into the witness box and gave sworn evidence that he had changed a lot since 2019 and his behaviour then had been childish and very naive.

He said he was very sorry and was now a different person and would not like if he was on the receiving end of the behaviour he had exhibited.

Mr Doyle said he was working five days a week and earning €500 and his plan was to get a trade and get on with his life. He said he had distanced himself “big time” from the life which had got himself into trouble.

Judge Johnson described the offences as disturbing and upsetting and it seemed to him that Mr Doyle had a swagger about him at the time.

He said restorative justice was the correct way to deal with the matter so he ordered Mr Doyle to pay €2,500 to the Nagles by December 20 next and until then the accused would be under the supervision of the probation service and his suitability for community service would be assessed.

If suitable, he would recommend he complete the maximum permitted amount of service, 240 hours, but if he could the judge said he would have made an order that 600 hours be completed.

He remanded Mr Doyle on bail on condition he enter a €500 peace bond and ordered him to remain drug and alcohol free and submit samples of his urine for analysis.

Judge Johnson said the maximum sentence for threatening to kill another person was 14 years and he assessed Mr Doyle's offending at the mid-range, resulting in a headline sentence of seven years.

With mitigation he reduced that to five years and suspended the five-year sentence for seven years.

Mr Doyle was also facing sentences for separate affray and assault offences. For affray, committed at Kilbride Street on March 25, 2021, he ordered him to complete 240 hours of community service and for an assault on a different occasion, for which he had already paid several thousand euros in compensation, he imposed a two-and-a-half-year sentence, suspended for 10 years.

Judge Johnson told Mr Doyle he was being kept on a tight rein but he believed he was making an effort and had moved on from his offending. He believed the six weeks in custody had been a wake-up call for him.

The judge reminded Mr Doyle that the suspended sentences were on condition that a positive report was received by the court on December 20 next. He also ordered the accused not to have any contact with the Nagle family.