Online Book of Condolence set up for Ashling 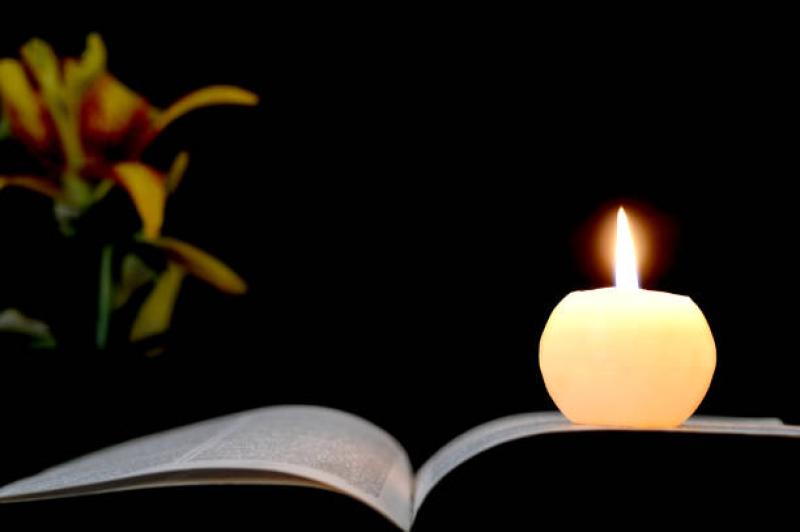 STANDING orders were suspended at the monthly meeting of Tullamore Municipal District to allow councillors to extend their sympathies to the family of Ashling Murphy who was murdered along the canal line last Wednesday January 12.

Councillor Danny Owens proposed that a book of condolence be set up to allow people to express their grief.

"We should do it as the depth of feeling out there, particularly within our own county, is incredible and people would like to have a methodology to express their personal thoughts," he said.

All of the councillors extended their sympathies to the Murphy family, Ashling's mother Kathleen, her father Ray, brother Cathal, sister Amy and the extended Murphy and Leonard family.

"She was taken from this world far too soon," said Cllr Owens. "No words can describe the impact that such a tragedy is having on the family and the wider community, not only in Offaly but countrywide. Many people both near and far have spoken today about the numbness felt since the news first broke. That a vibrant young woman setting out on her chosen path in life as a teacher with so much life to live was taken away in an instant. This is the most awful thing that could have happened. Life can be very cruel, our thoughts and prayers are with the family and may Ashling rest in peace," said Cllr Owens.

Seconding the motion for a Book of Condolence to be made available, Councillor Neil Feighery, said, "words seem wholly inadequate to convey the sense of deep shock and horror at the senseless death of Ashling Murphy. The manner in which Ashling was so cruelly taken from her family has numbed the parish of Killoughey, Tullamore, and the wider country. Ashling grew up in the Blueball, near myself and Cllr Owens. She comes from a wonderful family who are immersed in the community and sporting life. This awful crime has shaken us all to our core and forced us to question the things we all take for granted. A young woman out for a jog on the greenway on a bright sunny January afternoon, and to be taken this way is truly abhorrent, I know Ray and Kathleen were so proud of Ashling and all she had achieved musically and professionally."

Councillor Sean O'Brien said: "This tragedy has stunned us all, stunned the people of Tullamore and Offaly and throughout the country. We can see there are vigils to be held in Dublin, Galway, Longford and one in Banagher and everywhere, it's a real tragedy and it has touched people. I think we all have to stand up for women, they have a right to walk, run, cycle or do whatever they wish and I think we have seen too often violence against women in this country. We all have to look at ourselves and look at a change of culture and respect for women, particularly young women. It's something we have to keep in mind."

Councillor Ken Smollen said: "Speaking as the father of two daughters and a daughter the same age as Ashling, my niece has also recently graduated as a school teacher. No words can ever describe the devastation and awful anguish being felt by Ashling's parents, Ray, Kathleen, Cathal and Amy, family and friends and school children who absolutely adored her. Her colleagues and everyone. I just wish to be associated with the other councillors remarks and offer my deepest sympathies to Ashling's family. As Councillor O'Brien said we have to look after our women folk, it is for that reason I have a motion sent into Offaly County Council for the February county council meeting in relation to domestic violence."

Councillor Frank Moran said: "It's devastating news and the whole of Offaly, not just Tullamore but the whole of the country, is in deep shock. I would just like to be associated with the comments. May she rest in peace," he said.

Councillor Declan Harvey broke down as he spoke of Ashling and her tragic death.

"The canal line is such a place of recreation, peace and tranquility, now that it has been taken away from us by this cowardly act. I am horrified because women and men should be allowed to go and have a walk, cycle and run. There is a big headline on Facebook, She went out for a run and she didn't come home. It's wrong," he said.

Cathaoirleach of Tullamore Municipal District, Councillor Tony McCormack, said: "It's a shocking state of affairs to see a young woman who did everything right, had gone to work yesterday morning, looked after her students, on her way home decided to go for a run. If you were going to choose somewhere safe you would say make sure it's in a public area, make sure that it is well lit up, make sure that there were other people going along there, and she did all of this and still this happened. I am 52 years of age, something like this has never happened in Tullamore before. Tullamore was a safe place yesterday. I am hoping that people will feel safe here again in the very near future. The grand canal and greenway is a fantastic amenity and we all know how much it was used over the lockdown, especially during the period when you could only travel within 5k of your home. It's something that hopefully we can continue to use."

The Director of Services, Tom Shanahan, also expressed his sympathy to the Murphy family on behalf of the management and staff in Offaly County Council. He spoke of the sense of shock and the devastation the family must be feeling and the impact on their lives.

The expressions of sympathy was followed by a ten-minute break out of respect to Ashling and her family.

To add your name and message to the Book of Condolence for Ashling visit the Offaly County Council website or Facebook page.