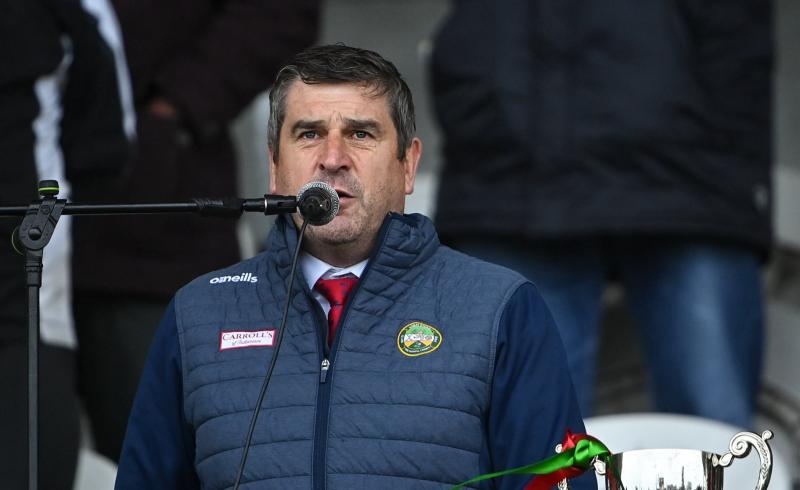 Four stories from County Offaly have been selected to appear in a fascinating new book on the GAA – written by people at the heart of the association nationwide.

‘Grassroots: Stories From The Heart Of The GAA’, is a treasure trove of GAA memories, tales and incidents spanning over 150 years.

“The book generated an incredible response from every county in Ireland, as well as from the Irish abroad,” said author and journalist, PJ Cunningham, who collaborated with Croke Park on the publication.

“I have included stories not only since the GAA’s foundation in 1884, but from before, through to the Civil War and up to modern times.

“The collection is, in essence, the first time that this rich oral tradition of sideline and on-field stories have been put together and published in this form.

“It provides snapshots into the history of the GAA, recounted by the people at the heart of the action, whether those stories are happy or sad, dramatic or ordinary.”

Volume one has just been published and such was the response from the GAA community that work has already begun on a second collection.

The first edition includes stories from the rich history of Offaly GAA. Former Clara and Offaly star Ricey Scully recalls, in his own inimitable way, the playing scene of the sixties when players often ‘guested’ for a team in other counties. He particularly remembers a Sunday when he played as a ‘banger’ in Dublin in the morning, before driving to play for Blacklion in Cavan in the afternoon and then returning for a 7.30 throw-in to represent Clara in the MH White Cup against Daingean in the Clara Sportsfield.

Current Co Board chairman Michael Duignan also highlights a remarkable day in his young sporting life where he played for the bank in Parnell Park before high-tailing it to Birr to play Kerry in a senior football challenge. However, it is what happened to the dual player as he made his way to and from those games which will leave readers scratching their heads at the wonder of it all.

Brian Jaffray frames the Offaly sit-down day of 1998 in Croke Park as he paint the picture of supporters’ protest over Jimmy Cooney’s early whistle. It was also the day the Tullamore journalist encountered US golfer Payne Stewart and he recounts his fascinating conversation with a sporting figure who would died tragically within a year of his Croke Park visit.

New York native Peter Nolan Junior writes a beautiful crafted narrative on the joy of being asked one question all his life: “You wouldn’t be anything to THE Peter Nolan, would you?”

“The folklore and stories that built up around our games are part of the reason that the organisation occupies such a special place in Irish society,” said GAA President, Larry McCarthy.

“The GAA has always been about more than just games, it is part of what we are.”

Grassroots: Stories From The Heart Of The GAA (Volume 1), priced at €19.99, is available now in all good bookshops.