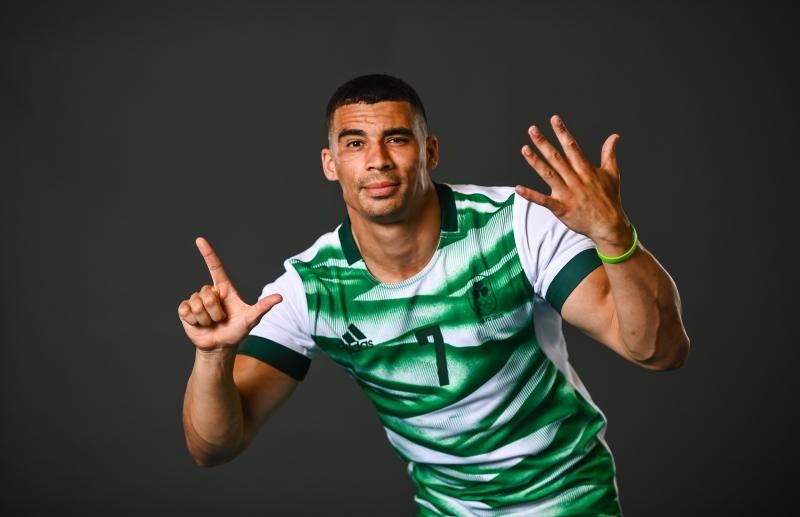 Team Ireland has officially selected the Rugby Sevens team who will compete in the Olympic Games in Tokyo this summer with Tullamore's Jordan Conroy confirmed.

His place was never in doubt as the team's leading tryscorer and he will be on the pitch for the team's opening game.

This is the first time that Ireland will field a rugby team in the Games, with the Rugby Sevens event making its debut in 2016 at Rio. The events will take place in the Tokyo Stadium, and will run from Monday, July 26 until Wednesday, July 28, 2021.

The Irish team dominated the final Olympic repechage on the 19-20 June in Paris, when they overcame all teams en route to a sensational clash with pre-competition favourites France. With one Olympic spot up for grabs at the World Rugby Sevens Repechage, the Irish team left no stone unturned, emerging as the winners with Conroy scoring two tries.

The team will now compete in Pool C, facing South Africa, USA and Kenya in matches which are fast-moving and seven minutes per half and a two-minute break between the halves.

There are seven players on the field of play at all times, and throughout the game only five substitutions can be made. The top two teams from the pool rounds move into the quarter-final rounds, as well as the two best third-placed teams. These are followed by semi-finals and finals.

Team Captain Billy Dardis is looking forward to the team making their Olympic debut, “Having the honour of being selected to captain Ireland at the Olympics is special and I don't think I'll come to realise the enormity of it for some time to come. Going to Tokyo, we as a squad are representing so much more than ourselves and our families, but Irish Sport and Irish Rugby on the biggest sporting stage. To lead this group out at the Olympics will be an extremely proud moment.”

Greg O’Shea is no stranger to the Olympic movement, and previously competed in the Youth Olympics as a sprinter, “The Olympics is the pinnacle of sport, so to represent Ireland at the Games is a huge honour and it means even more to be there playing alongside my mates. All the hard work and sacrifice has been worth it and now I just cannot wait to get out there and play.”

Team Ireland Chef de Mission for Tokyo 2020, Tricia Heberle said, “It’s an exciting addition to have another team sport joining us in Tokyo. We were all captivated by the exhilarating qualification event in Monaco, and the momentum that they will bring into the Games, they are in form, and we are really looking forward to seeing what they can do now in Tokyo."

“We are delighted to be representing Ireland at the Tokyo Olympics. The squad has worked extremely hard for this opportunity, and they will be determined to perform well and represent their country with distinction. Very few rugby players get the opportunity to play rugby for their country at the biggest sporting event in the world and this squad of players should be very proud of their achievement and they will be the first of many more to come.”

Ireland will kick off their challenge against South Africa on July 26; USA are next up later in the day while the final pool game against Kenya is on July 27 before teams move into the playoff stages.