Offaly to make no mistake in Christy Ring Cup opener 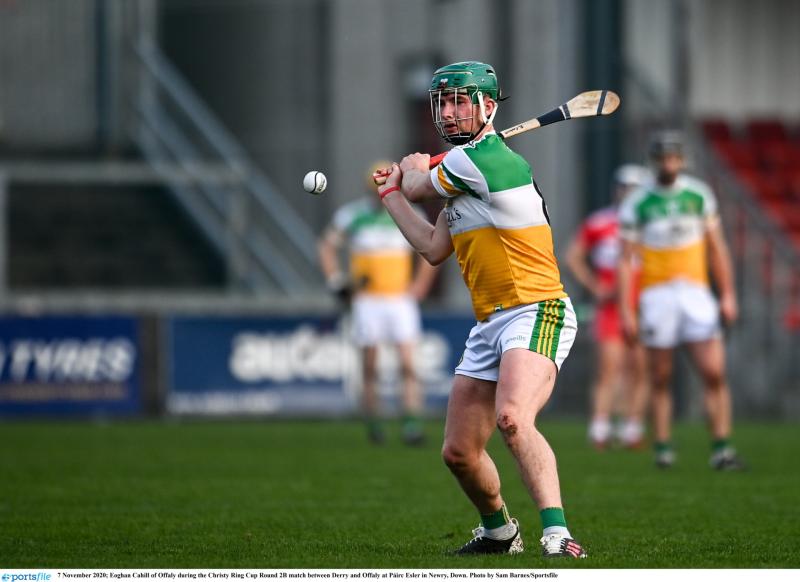 WHILE there are no such things as certainties in sport, Offaly senior hurlers will be raging hot favourites when they begin their Christy Ring Cup campaign with a trip to Sligo on Saturday next.

With a semi-final place on offer for the winners, it is almost inconceivable that Offaly can lose this and they really should be able to win the Christy Ring Cup this year.

Anything else would be an unmitigated disaster for Offaly but it is very difficult to envisage anyone beating them. Michael Fennelly's charges enter the championship on the back of an excellent league campaign and they look to be in the process of turning a big corner.

It is a long road ahead as they bid to get back to hurling's top tier and there will be plenty of pitfalls along it. There will be bad days, games when they will doubt themselves but Sligo are very unlikely to be one of those.

As Offaly stormed to promotion in Division 2A of the National Hurling League, Sligo won Division 3A. They did well to win their four games, beating Armagh, Tyrone, Monaghan and Longford but there was a vast difference between them and where Offaly were.

They competed against four Joe McDonagh Cup teams in Division 2A and the manner of their victories over Carlow, Down, Kerry and Meath really caught attention. They not only beat them but they really destroyed them and they concluded their campaign with a second string team hammering Wicklow.

Offaly's form was better than anyone could have envisaged at the start of the year. They had endured a fairly horrific 2020 in Michael Fennelly's first year in charge as they failed to get league promotion and were beaten by Down in a penalty shootout in the Christy Ring Cup semi-final last December.

The Kilkenny man has over seen a remarkable improvement this year. Their physicality and conditioning has come on in leaps and bounds but it is the improvement in stick work and first touch that has really caught the attention. They may revert back to bad old habits against top tier counties down the road and they will struggle to cope with the physical power, pace and intensity against them at the moment.

That, however, is a story for another day. Offaly will learn a lot more about where they are and the volume of work that needs to be done in Division 1 of the National Hurling League next year. At the moment, their only focus is on the Christy Ring Cup and winning that.

Offaly and Sligo are the only teams in group B and the losers will go into a quarter-final where they will face the third team in group A. Group A consists of Derry, Roscommon and Wicklow and the top two teams will join the winner of Offaly and Sligo in the semi-finals.

There is no way that Offaly should lose to any of those. They beat Derry by 0-32 to 1-12 in the Christy Ring Cup last year. Derry represent the only potential banana skin but Offaly have improved in leaps and bounds since then. Their body language is much better this year. They are hungry and eager and the players look happy.

This has been reflected in their performances to date. The big thing for Offaly to safeguard against is complacency. That shouldn't happen. They know what is at stake and it is safe to presume that Fennelly will have them very focused and tuned in on completing the year well.

Offaly won't want to be destroying opposition who are struggling to promote hurling but they will have to take a ruthless, zero mercy attitude with them into this competition. Maybe when a game is won during the second half, they can ease back and introduce players but this can often add to a team's trauma as the subs are hungry to impress and stake their claim for a starting place.

Wicklow were certainly given no leeway by Offaly's second string. Offaly went for the jugular in a 1-32 to 0-10 win and the fact that Wicklow were in a higher division than Sligo shows what could happen in this game.

Offaly are likely to go with their best available team and they will be aiming to quickly pull out of sight. Many of their players have been in excellent form this year with defenders Ciaran Burke and Ben Conneely, midfielders, Leon Fox and Ross Ravenhill and attackers, Oisin Kelly, Liam Langton and Eoghan Cahill leading the way. Others have done very well and it is an exciting time for Offaly hurling.

There is new optimism about the future of the game in Offaly and getting back to the Joe McDonagh Cup is absolutely crucial. They need to get back into the Liam McCarthy Cup but the work they do now will dictate Offaly's future.

Sligo are a step along the way and the only real issue at stake here is what Offaly's winning margin will be.

Your guide to the weekend's live sport on TV