SUPPORTERS BACK: Offaly GAA club games to welcome back supporters next week 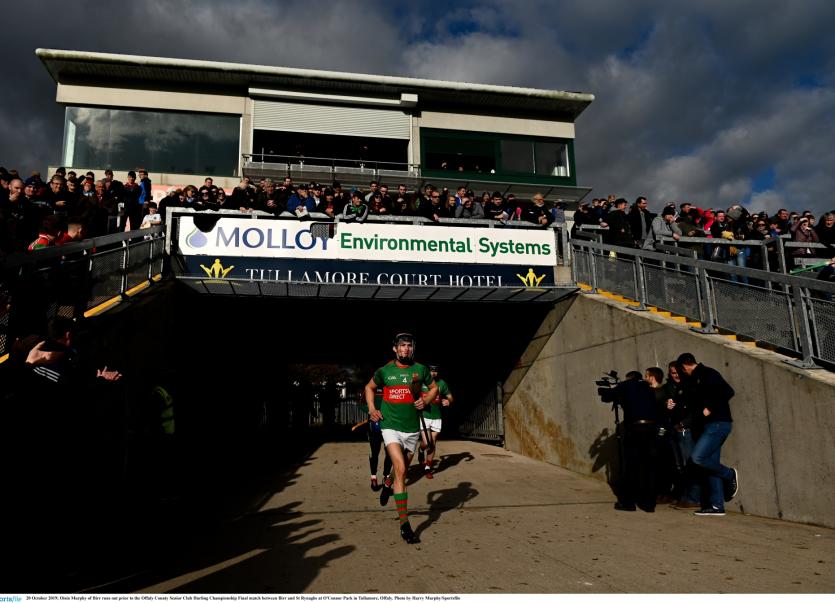 100 supporters will be able to attend GAA games, both club and County from next Monday June 7.

This morning's announcement from the GAA is a timely boost for supporters who have been confined to live streams and TV coverage for the part of a year now.

With Offaly GAA club games set to resume later this month, the news means that 100 supporters will now be able to gain access and watch their club in action as the leagues kick off at both underage and adult level next week.

Grounds with a capacity of more than 5,000 people will be permitted to hold 200 people meaning the likes of O'Connor Park will fall into the 200 supporters category.

This figure does not include players, management, backroom personnel, media, stewards and officials.

Correspondence from Croke Park to GAA clubs, issued today, confirms the welcome news which was already on the cards following last week’s Government announcement on the latest easing of Covid-19 restrictions.

The statement reads: “From June 7, competitive and challenge games at all levels of club and inter-county are permitted to take place. However, it is essential that we continue to proceed with caution and that the return-to-play protocols continue to be followed.

“In terms of attendances, 100 spectators will be permitted to attend GAA games (club and inter-county) in the 26 counties from Monday, June 7.

“This number is in addition to players, team personnel, stewards or media attendees. Where a ground has a minimum accredited capacity of 5,000, a maximum of 200 spectators can attend."

There are a couple of sticking points however with dressing rooms to remain closed for club games while the 100 people able to attend a club underage game will be inclusive of parents that attend.

While it is likely that the amount of supporters able to attend games will increase in July, the GAA are non-committal on that as it depends of the further easing of restrictions from the Government. It is hoped that in July 200 supporters will be able to attend all games while 500 could be permitted to gain access to grounds with a capacity of more than 5,000.