Change in structure approved for Offaly Senior Hurling Championship for 2021 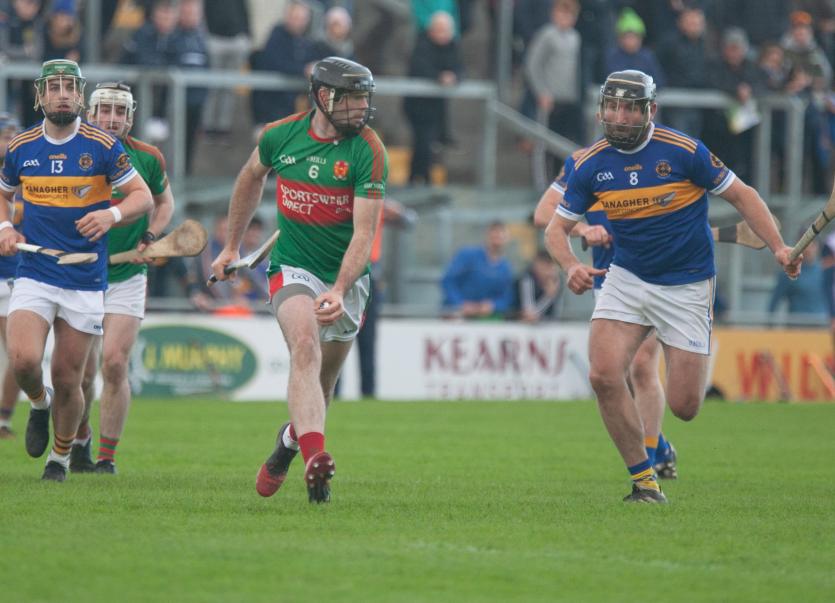 NO quarter-finals will be played in the Offaly 2021 Senior Hurling Championship, it was agreed at a meeting of the Offaly GAA County Board on Tuesday.

Delegates accepted a proposal from the Competitions Control Committee that the 10 team championship will consist of two groups of five. The groups will criss cross, meaning that clubs play the teams in the other group and each will have five games. The top two teams in each group will go into two semi-finals.

A change in structure has been approved for Offaly Senior Hurling Championship for this year.

There was a discussion on the proposal at the County Board meeting with Shinrone's Michael Cleary arguing in favour of quarter-finals.

Chairman of the CCC James Murphy explained that with the 2020 final between Kilcormac/Killoughey and St Rynagh's still to be played and a tight time frame before the Leinster club championship, they had decided on semi-finals only for this year but would be in favour of quarter-finals in coming years.

Mr Murphy stated that they had to consider dual clubs and the fact that no venue could host the crowd at floodlit games for quarter-finals in October if they went down this route – if crowds are allowed back to games.

Mr Cleary pointed out that neighbouring counties, Tipperary, Laois, Galway and Westmeath as well as Kilkenny all have quarter-finals and he felt that dual players would have no problem playing three games in a week.

He was supported by Ballinamere delegate Pat Fulton and Kinnitty's Ger Coughlan but Clara's Brian Gavin agreed with the CCC, stating that the calendar did not allow quarter-finals this year. St Rynagh's hurling club also supported the semi-finals only proposal while Offaly GAA chairman Michael Duignan stated that they shouldn't be guided by what other counties are doing – he said they don't know how many groups they have and how many games it takes to get to the quarter-final stage.

Mr Cleary felt that the year could be over for a lot of clubs if they lost two games and they would lose interest with little prospects of making the semi-final. Mr Duignan replied that clubs should be focused on winning games and reaching the semi-finals on merit. He stated that a knockout championship served Offaly well in the past and while they won't be going back to this, any club that loses two or three games doesn't deserve to qualify. He said player welfare would be an issue with clubs playing a lot of games in a short time.

Mr Cleary decided against putting his argument to a vote, stating that he could see the CCC point of view, and the format was passed unaminously.

The Senior Hurling Championship is being increased to 10 clubs this year. The two SHC “B” finalists, Kinnitty and Drumcullen are being promoted with no relegation from senior hurling – it will also consist of Kilcormac/Killoughey, St Rynagh's, Birr, Belmont, Shinrone, Ballinamere, Seir Kieran and Coolderry.