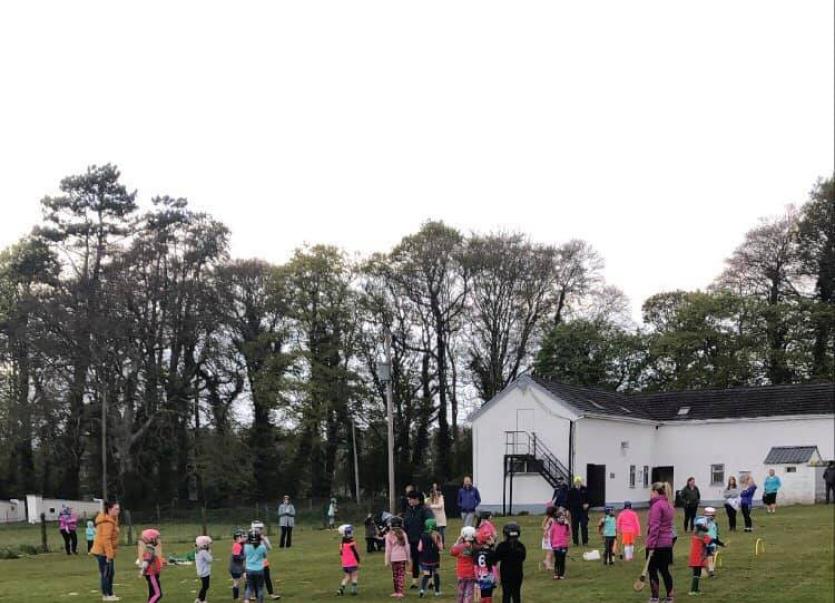 IT was a historic day for Shamrocks on Tuesday week last as 28 players turned up to form the club’s first ever camogie team. Led by Grace Mooney, Hazel Guinan and Deidre Bane, the 28 future stars all showed tremendous hard work and effort in their first night training.

The coaches are experienced camogie players and have an impressive CV built up. Both Grace and Deidre represented their county through underage and minor, and Grace went onto play senior for The Faithful. During her time playing senior camogie with Offaly, Grace won a Leinster Championship at Intermediate grade, but injury ruled her out of the All Ireland final in 2010, which Offaly eventually went on to win. Hazel also enjoyed a successful career with her native club Kinnitty.

There were attempts in the past to start a camogie team but hopes of starting one were short lived. In 1996, led by Ann Moran, there were attempts to start a camogie team in Shamrocks. Ann worked extremely hard to resurrect the sport in the club, but to no avail. There was initial interest, and there were a few trainings held and the team even played in a blitz, however, it never materialised.

In 2008, Dermot Buckley and Jackie Hennessy also worked tirelessly to start a camogie team, but their attempts were also unsuccessful, largely due to a number of players who had started with other teams in the locality.

We hope that camogie will thrive under the stewardship of the coaches, the determination from the players, and the hard-working people behind the scenes who made this possible. We certainly hope that in a few years’ time, we will have a Shamrocks representative on an Offaly camogie team collecting some silverware in the Hogan Stand.