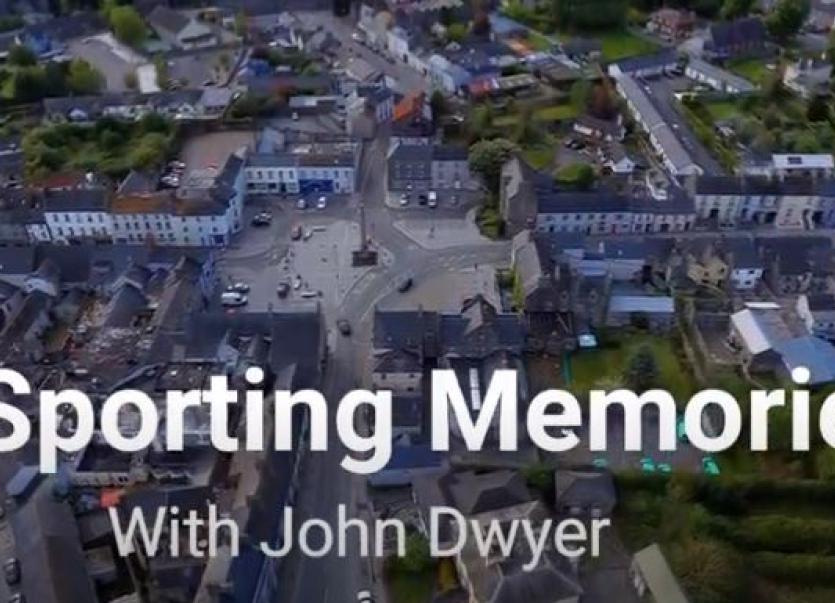 In a new series, 'Sporting Memories' by John Dwyer, one local Birr man takes us down memory lane with some fond sporting memories.

The series, which is available on Youtube and Facebook, is filmed and produced by Dickie Donnelly, of Mill Island Media and will see John recant sporting memories over a number of episodes.

In this first episode, John takes us on a trip where he remembers fond sporting memories of the late great Adrian Cahill. Adrian left a “bundle of happy sporting memories to be remembered for generations to come,” the makers said.

This video was shot in one impressive take with no cue cards or script and the makers thanked the members of the “Well Much, Birr Memories Old & New), John Dwyer, the Cahill family, Birr GAA, Emma's Cafe, Adrian Sheils (Pro Spray Foams), and the people of Birr for their contributions to the production.

Meanwhile, Dickie told the Tribune that there are other fantastic ideas in the pipeline for the future. “It was only intended for the private group [Well Mush] but we thought everyone should be able to enjoy them so they will be posted publicly too,” he explained.

All of these series will be available on Youtube, Facebook and on the Mill Island Media platforms. In the meantime, Dickie was delighted when drone footage of Birr was featured on Virgin Media weather recently as well.