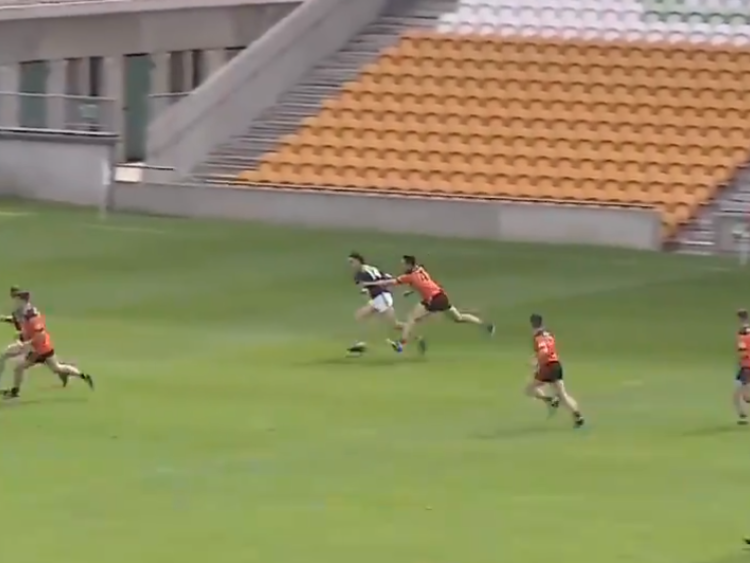 All the talk from last weekend has been about the Tullamore-Ferbane penalty shootout and Rhode's battling victory over Edenderry in the Offaly Senior Football Championship.

But just bask in the glory of John Murphy's solo goal for Durrow against Tubber in the Senior B semi-final.

Tullamore Tribune reporter Kevin Corrigan described it as "a great individual goal by John Murphy who twisted and turned as he moved into danger territory and then slotted the ball home."

It has to be seen to be believed, including an instinctive drop solo as he got tight for room on the way through. You can watch it on the video below. It is the third goal in the line-up.

All the focus has been on the famous penalty shoot-out this weekend.

But we couldn't ignore these crackers from other clubs!