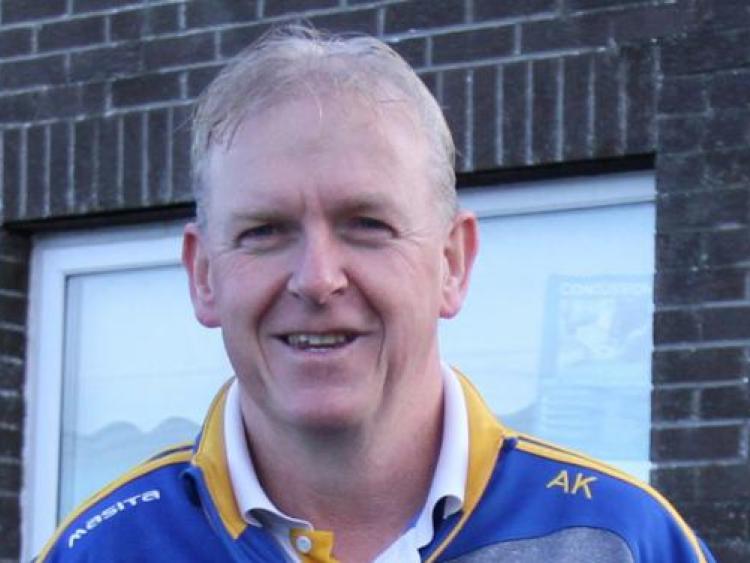 The executive of the Offaly Camogie County Board has announced Albert Kelly of St. Rynaghs as their selection for the post of Offaly senior camogie manager.

The appointment is due to be ratified at the October county board meeting on October 10. Kelly has been appointed on a two-year basis with an optional third should he wish to take it. Kelly was awarded the position having faced off some stiff competitors.

Albert has had recent success with St. Rynaghs camogie team in the past two years. Kelly took over as manager of St. Rynaghs in 2017 where he guided a potentially good team to becoming a great team that continues to dominate camogie at senior level in the county.

Kelly with his fellow selectors Roy Mannion and Nigel White led St. Rynaghs to their first-ever Offaly senior title in 2017 and followed this thread with back-to-back titles in 2018.

In the Leinster Intermediate final tie, St. Rynaghs defeated Young Irelands of Kilkenny to secure Offaly’s and St. Rynaghs first ever Leinster club title at Intermediate grade. St. Rynaghs were eventually knocked out of the competition by Gailltír of Waterford in the All-Ireland semi-final on a score line of 3-8 to 0-12.

News of Kelly’s appointment is receiving a very warm welcome in Offaly as they bid to improve their status.

In 2018 under the guidance of Kilkenny natives Mike Wall, Richie Power and Ger Walsh, Offaly failed to reach the knockout stages of the championship along with also landing in the first-ever Littlewoods Ireland National League relegation play-off.

In 2019, a lot of players stepped away from the team and Offaly were once again in the Littlewoods Ireland National League relegation play-off and almost in a championship relegation tie having defeated Wexford in the final round of the championship.

This is a challenging task for Kelly and his backroom team and to be successful it will need the support of the players, their families, the clubs and all the people involved in Offaly Camogie and indeed in Offaly GAA.

"We wish Albert and his backroom team all the best as they embark on this new venture in their managerial careers. The Offaly county board are confident in the knowledge that some of the best Camogie players in the country are playing in Offaly clubs and with Albert at the helm guiding them to their full potential we are looking forward to a very bright 2020 for the senior camogie team who will be competing in Division 1 National League, Senior Leinster Championship and the Senior All Ireland Championship, the board said.