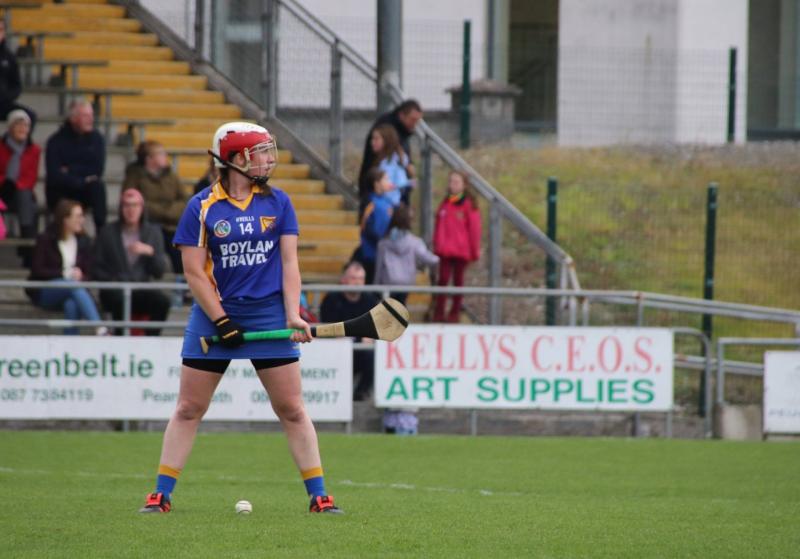 For the third year in a row, Shinrone and St. Rynaghs will go head to head to be crowned HQPhysio.com senior Offaly camogie champions on Saturday, September 28 in St.Brendan's Park, Birr.

St.Rynaghs are hunting for their third consecutive title, something that has only been completed by Drumcullen with their last three in a row title claimed in 2012. Shinrone, on the other hand, have never won three titles in a row despite having eight titles to their name since 2001.

It is a repeat of the 2018 and 2017 decider, with St.Rynaghs winning 1-19 to 0-10 in 2018 and by 4-16 to Shinrone's 1-6 in 2017. Both of these titles were won under the guidance of Albert Kelly and Roy Mannion who led St. Rynaghs to a Leinster Intermediate title along with an All-Ireland semi-final appearance in January this year.

Mark Dunne has since taken up the reigns since. Dunne is a former Galway senior camogie manager and his management team also includes his sister Molly Dunne who has won All-Stars playing for Galway.

When Shinrone and St.Rynaghs met earlier this year in the group stages, St.Rynaghs had ten points to spare but Shinrone were without their captain Christine Cleary who was struggling with a knee injury but has since returned to the starting line-up.

As well as physical and mental strength, St.Rynaghs are significantly beefed up in terms of the appliance of science and tactical awareness. The current county champions have opted for a defensive line up with their midfielders dropping as almost fourth and fifth half-backs. The tactic has worked wonders for the side as other clubs in Offaly struggle to crack their defence having only conceded four goals this season.

They are bulwarked by a strong core that has known the best days and the worst, with peerless Linda Sullivan the rock of a very impressive defence in which Roisin Egan has also been an important presence. Siobhan Flannery, Grainne Dolan and Kate Kenny remain key operators too. St.Rynaghs have also enjoyed the return of Emma Corcoran who has returned from her travels and not captains the side on Saturday afternoon.

Shinrone know all about county final day, with this their seventh consecutive appearance having won their last title in 2016 against St.Cillians.

With a view to overturning the defensive style of some teams especially, Shinrone had moved All-Star Michaela Morkan to an attacking role. Even if she were to drift back to the middle to help the likes of joint skippers Marian Crean, Christine Cleary, and Orla Maher to deny St.Rynaghs the space they thrive in, it will still mean that she is a threat in a creative sense.

The potential match-ups are mouth-watering, whatever way Shinrone and St.Rynaghs decide to go.