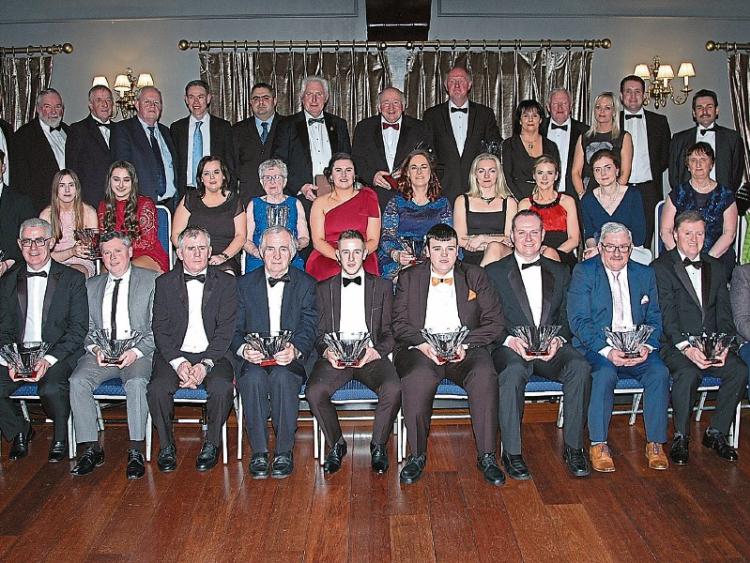 A number of Offaly winners were announced as over 200 guests and athletes attended the 21st Roscrea Regional Sports Star awards in the Racket Hall Hotel in the town last week.

There were among 16 recipients representing a range of disciplines across Tipperary and Offaly.

Guest speaker on the night was President of the Golf Union of Ireland Mr John Moloughney.

Mr Moloughney said all the winners are “champions in their own right, but above all, participants, who in the first instance, started out as competitors and enthusiasts, accepting sport as a means to exercise, integrate, and be part of something special."

Mr Moloughney said the award recipients “embrace what is out there. They are leaders and innovators. They light up their communities with their effort and their success. They try to be the best they can be. We have absolutely marvellous role models here.”

Mr Moloughney said he was delighted at the success of the athletic clubs, and Templemore in particular, and paid tribute to the lifetime contribution of Martin Leyden. Templemore's ladies team had “fantastic success.”

How many young Offaly players were inspired by the career of Pat Delaney, said Mr Moloughney.

“Nobody will know, but I'd say it's in the thousands.” When the name of Pat Delaney is spoken, it “will encourage generations to come. That's what our sporting heroes do for us.”

In relation to Ray Dempsey, said Mr Moloughney, “when somebody spends 50 years of his life playing, coaching and administering, he certainly deserves the honour of the contribution to sport award. In fact, he should qualify for a pension.”

Mr Dempsey said sport has given him great enjoyment throughout his life, and thanked the Roscrea Abbey Community Centre Ltd, led by John Lupton, and “strongly supported” by Marie Tooher, and all the members of the committee.