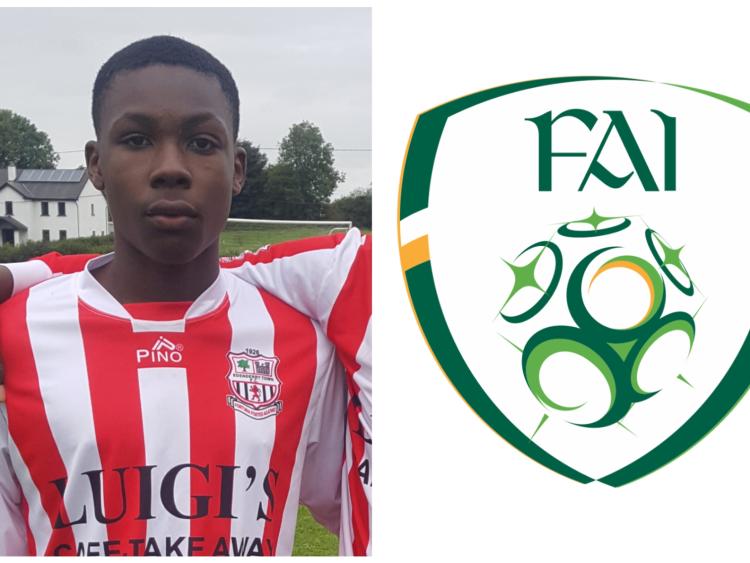 Edenderry Town record-breaker gets call-up to Ireland U15 squad

Edenderry Town FC has led tributes to former star striker Edwin Agbaje who has received his first international call-up to the Republic of Ireland U15 squad for an upcoming international tournament in Spain.

The club said: "Edwin had a magnificent 2018 winning all before him with our very successful U15 team, starring for the KDUL Kennedy Cup side and becoming the youngest ever scorer for the Town Youths."

"It looks like this could be a great year for him too and hopefully we see him on the pitch for the boys in green," they added. Edwin has since signed for Shamrock Rovers and joins a squad made up of players from the top clubs in both Ireland and England, including Tottenham Hotspur, Birmingham City and Dundalk.

Over the space of five days in late January and early February, Ireland will play Spain, the Netherlands and Hungary at the Pinatar Arena.

Edwin joins three other debutants in head coach Jason Donohue's U15 squad. Donohue said he was impressed by Edwin and his fellow newcomers to the fold during an assessment game before Christmas.

Edenderry Town FC wished their former player the very best of luck with the tournament and his footballing future.

Republic of Ireland Under-15 Squad:

Republic of Ireland Under-15 Fixtures: