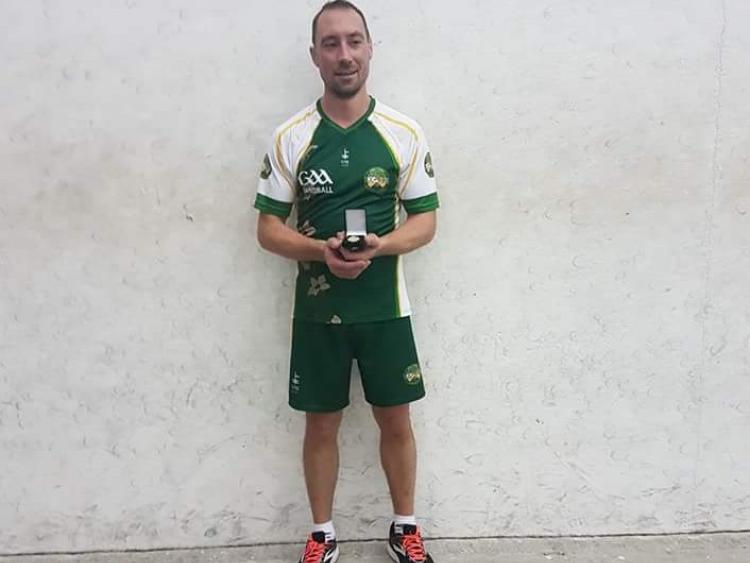 Fahy's David Hope with his All Ireland medal

There was double success for Offaly handballers in the 60x30 Adult Singles finals held over the weekend.

David Hope and Sean Ryan won their respective finals in impressive fashion to be crowned All Ireland champions.