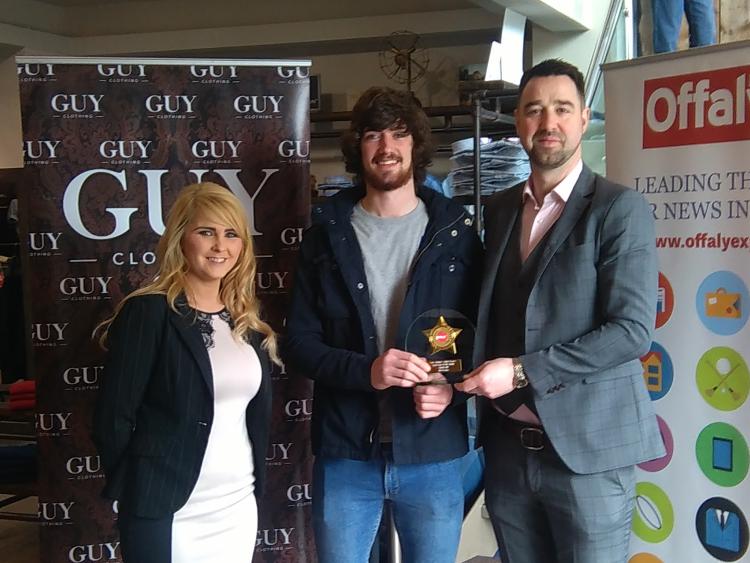 After an epic battle with Brian Duignan in the March vote of Offaly Express/Guy Clothing Sports Star of the Month poll, Ben Conneely has been presented with his winner's trophy.

He picked up his award from sponsor, Anthony Kearns from Guy Clothing and Alison Casey from the Offaly Express.

Having impressed for Kevin Martin's men throughout March, Ben was a stand-out performer in the team's two-point loss to eventual Allianz League champions Kilkenny in the quarter-final stage at Bord na Mona O'Connor Park.

The St. Rynagh's man won huge ball in and around the square and progressed play up the field quickly in a barnstorming display. He received 24% of the vote, ahead of Colaiste Choilm hurler Brian Duignan on 21%.

Offaly football star Peter Cunningham was third on 17% after an inspirational display against Westmeath in the last round of the Allianz Football League.

Ben will now go forward as the March winner in the Offaly Sports Star of the Year vote in January 2019.