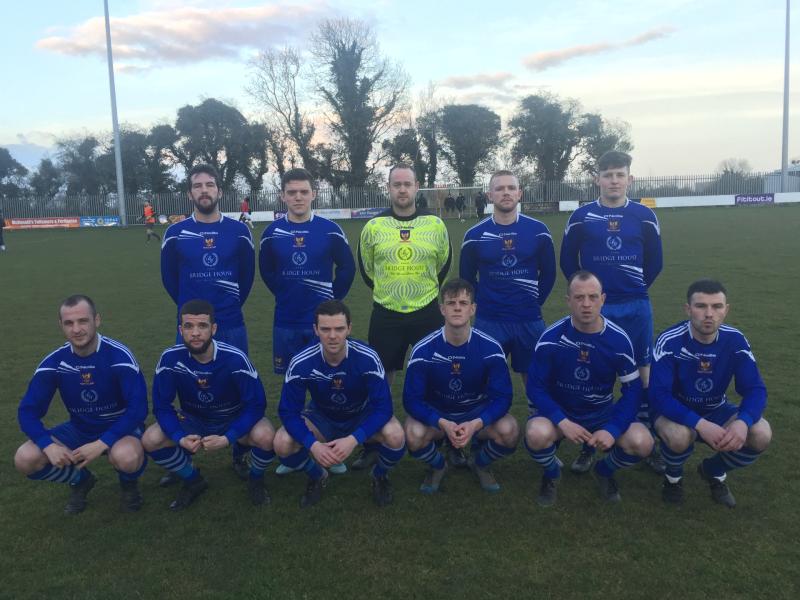 Tullamore had to settle for a share of the spoils in Leah Victoria Park last Friday as Wayside Celtic struck for a late equaliser in a hugely enjoyable encounter.

The visitors arrived as the Division’s form team having won their last five games but the home side were up to the challenge as they produced one of their best performances of the season to keep their promotion hopes alive.

Tullamore made the early running with Enda Carroll sending Anthony Kavanagh clear but Craig Arnold got across to knock the ball behind and, from the corner, the keeper did well to gather at the second attempt.

Alan O’Connell was called into action when he did well to scoop an in-swinging corner to safety and he again came to his sides rescue with a brilliant point blank save from John Hood’s close range header.

Kevin Williamson and Enda Carroll combined to create an opening for Brian Francis but he just failed to get his shot away while, at the other end, Philip O’Halloran broke through the middle but was denied by a fine last ditch tackle from Brian Gill.

With 20 minutes gone the home side hit the front when great play by Kevin Williamson saw him play a superb pass through to Brian Francis who swept past his marker before driving the ball under the diving Ger Doran and into the bottom left corner of the net.

With Wayside still reeling, Anthony Kavanagh and Enda Carroll played in Brian Francis but this time Dylan O’Rourke was alive to the danger.

As the game continued to ebb and flow Ross Zambra  tried to get the visitors back in the game but his well struck free kick was taken by Alan O’Connell down low to his left and then lovely play by Brian Norris and Enda Carroll sent Anthony Kavanagh clear but he fired over.

Tullamore nearly added to their advantage when Brian Francis picked out Robert Bracken at the far post but he was denied by a wonderful block from Zambra as the referee brought the first half to a conclusion with the home side one goal to the good.

On the resumption Tullamore went straight back on the attack with Brian Gill heading Anthony Kavanagh’s corner back across goal to Enda Carroll but his effort flew over but, with 53 minutes on the clock, they increased their lead. Once again Gill got on the end of a Kavanagh corner only this time Stuart Carroll was on hand to blast the loose ball into the roof of the net.

Wayside were far from a spent force as Ross Zambra’s 25 yard free kick brought a fine save from Alan O’Connell in the home goal while, at the other end, Stephen Francis and Kevin Williamson exchanged passes before Williamson curled his shot outside the right post.

With an hour gone the visitors reduced the arrears when Philip O’Halligan broke free on the left and his low cross was fired home by John Hood from close range. Celtic now went in search of an equaliser as Andy Brennan raced clear in the inside left
channel but Brian Gill got back to deny him and then Hood got on the end of Dylan O’Rourke’s long clearance, but his header clipped off the outside of the right post.

With Shane Dolan coming on Tullamore went back on the attack with Robert Bracken and Enda Carroll combining to create an opening for Brian Francis but Ger Doran somehow managed to tip his effort on to the post and then Dolan got on the end of Shane O’Connell’s through ball, but his shot flew narrowly outside the left upright.

With five minutes remaining disaster struck when Kevin Williamson picked up a second yellow card for handball and, from the resultant free kick, Joe Jackson rose above the home defence to power his header past Alan O’Connell and into the back of the net.

As the game moved into injury time Wayside nearly laid claim to all three points when the speedy O’Halligan raced clear on the left but, to the great relief of the home support, his effort flew inches outside the right post as the referee brought the curtain down on a pulsating contest.

While Tullamore will have been hugely disappointed to have let a two goal lead slip from their grasp the final result was probably a fair reflection on the game as neither of these two fine sides deserved to lose. Manager Tony O’Sullivan’s main concern will be in his team’s lack of consistency over the last number of weeks, a problem he will no doubt be addressing with his players over the coming days.

With an away fixture against Dublin Bus this Sunday and a crucial home game against Liffey Wanderers the following Wednesday it is vital that they are back to their best if they are to sustain their promotion push. In what was an impressive team performance there were excellent contributions from Stuart Carroll, Brian Norris, Shane O’Connell and Brian Francis, but the man of the match award went to their outstanding playmaker, Kevin Williamson.

Possible buyer lined up for former hotel in Offaly

Possible buyer lined up for former hotel in Offaly 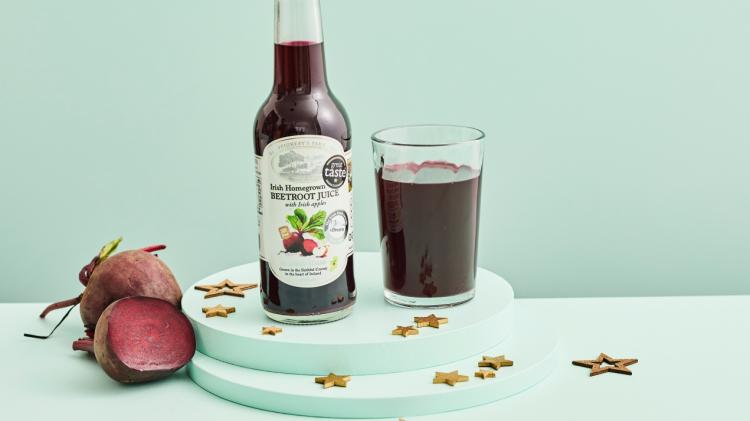 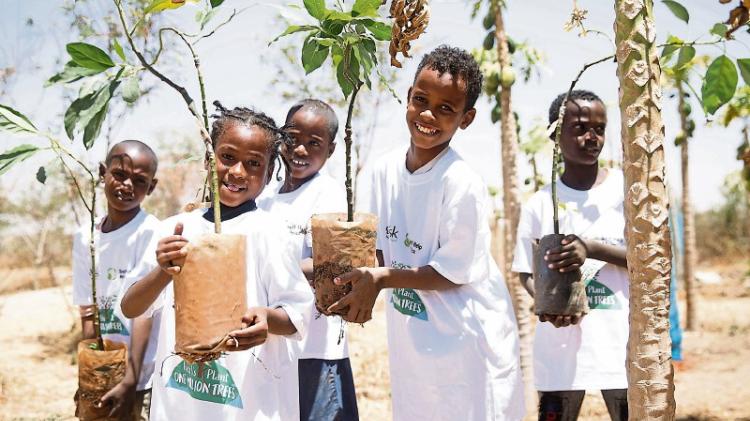