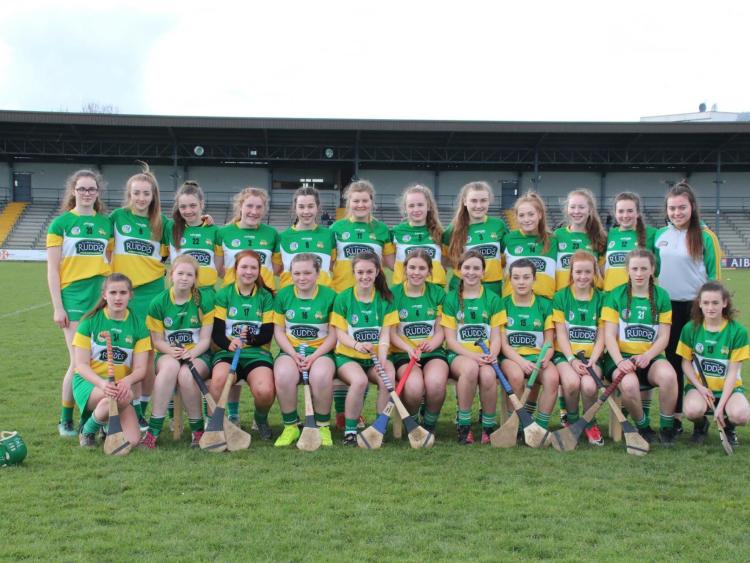 It’s been a mixed campaign so far for the Offaly minor camogie team having lost their opening round to Tipperary on a scoreline of 4-10 to 1-8 followed by a win over Waterford scoring 2-5 to 1-6 and now a one point loss to Clare makes progressing out of the group very difficult for Robbie Bergin's side.

Becky Bryant opened Offaly’s scoring campaign with a quick fire point in the first minute of the game. St Cillian's Dara Hanamy followed up with three point from frees with Offaly having all the possession. Eventually Clare got off the mark with a Bridin Dinan point in the eight minute. That was quickly cancelled by a Kate Kenny goal.

Clare had a purple patch midway through the first half with Becky Foley and Bridin Dinan exchanging four points in ten minutes to narrow the gap. Becky Bryant was a constant threat for Clare as she added two more points before the half time whistle.

Aoife Power, Robyn Conway and Bridin Dinan added three more points to level the game at half time. It was all to play for in St.Brendan’s Park, a win would see the victor leapfrog to third place in the table and open the door for a semi-final spot. Lusmagh/Drumcullens Kaitlyn Kennedy find the posts in the second half to put Offaly ahead once again. Jane Lowry who was operating between the posts on Saturday stopped two Clare goal chances to keep a clean sheet.

A couple of substitues on the Offaly team seen Shinrone duo Kate Bergin and Orla Maher replaced by Michelle Carroll and Brooke Whelehan. Caoimhe Carmody and Bridin Dinan added points as this game was going to go down to the wire. Dara Hanamy did her best to keep her side ahead pointing twice from frees late in the second half but a very late Bridin Dinan point meant Clare would now sit in third spot in the group level with Waterford.

Offaly now face Limerick in their final round as a double header with the Leinster U-16 championship game on March 31 in Rath at 3pm.

Kilkenny u16's got their league off to a perfect start at the hands of Offaly last Saturday in St.Brendans Park. Offaly started the game with a great Clodagh Leahy goal but that would be the only time they would lead in the game. Sharon Shananon added a point along with Ellen Mulrooney however this wasn't enough to cancel Ciara O Keffes player of the match display scoring 1-5 from centre forward. Offaly now sit bottom of the group with another home again next Saturday against Wexford in Rath at 1pm.

​A code of Ethics course has been booked for 17th April. Names to be sent to secretary.offaly@camogie.ie from clubs. Payment to be made by April 9th to confirm these places.