A star of the future 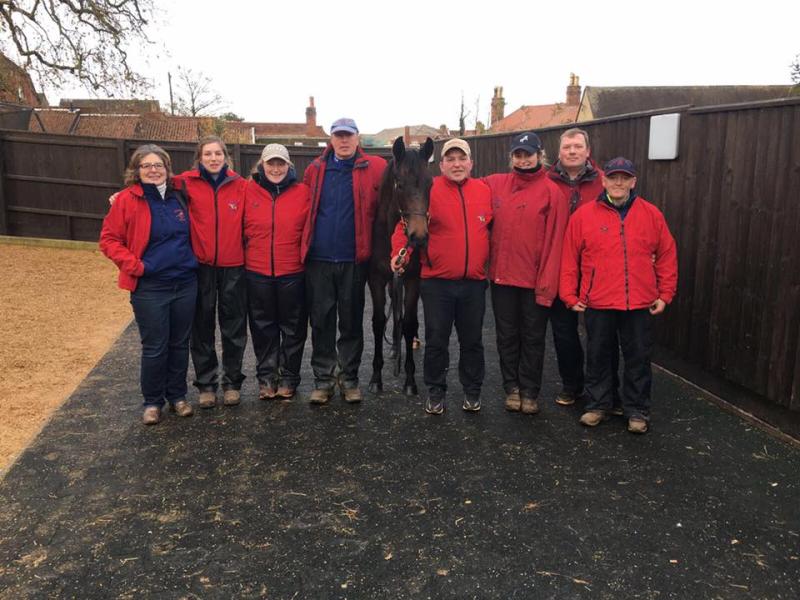 The team at Ringfot Stud in Rhode

A filly bred at Ringfort Stud in Rhode, Offaly, has been sold for €600,000 at the Tattersalls sales after sparking an incredible bidding war.

The foal is a daughter of Dark Angel, a multiple Group winning colt, who has gone on to a successful stud campaign. The foal sold last week was the result of Dark Angel covering Indigo Lady, a listed winner on the track.

Ringfort Stud is owned and run by Derek and Gay Veitch in Rhode and has bred many top class racehorses, including Humphrey Bogart, a horse that finished a credible fifth in the 2016 Epsom Derby.

At the sales at Tattersalls last week, their latest filly caused a stir and a bidding war ensued between the powerful Godolphin operation and Capital Bloodstock’s Neil Gilchrist. Gilchrist won the day with a bid of €600,000 which garnered a huge cheer in the ring.

The sale was one of a string for Ringfort Stud on the day, and Derek Veitch have been quick to praise his "dream team" at home in Rhode.

He thanked the team that helped keep the foal "in one piece" and worked so hard to get her to the sales.