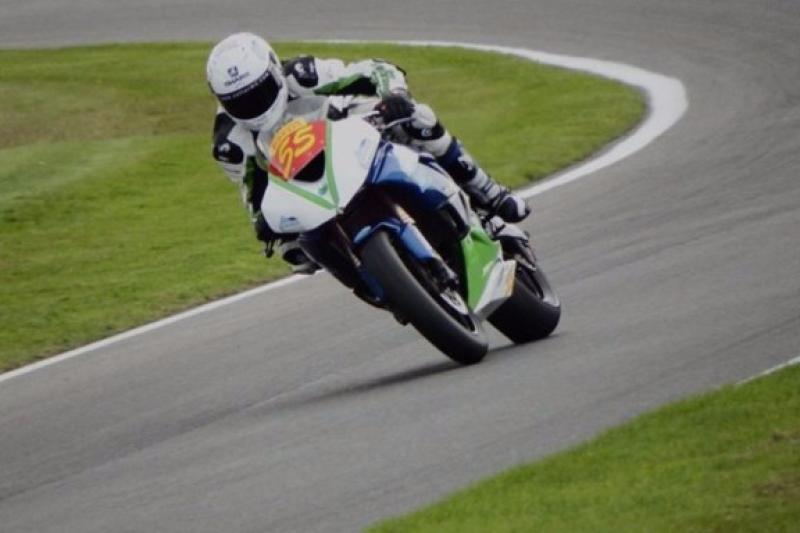 Edenderry racer Kevin Keyes was in the UK at the weekend to race less than 48 hours after the sad passing of his grandfather.

Cadwell Park played host for the latest round of the Pirelli BSB Superstock 600 championship where the Edenderry man has been competitive.

After arriving there on Thursday, Kevin Keyes and his racing team set up camp at their garage, ready for Friday morning's early 9am start.

However, on Friday morning, they awoke to the sad news that Kevin's grandfather had passed away during the night. With a heavy heart and with his mother's blessing, Kevin decided to stay and race for the weekend.

At the end of Friday, after the two free practice sessions, Keyes was 14th in FP1 and 18th in FP2.

For qualifying on Saturday, Kevin's team made some changes to the bike set up, allowing him to lap in a quicker time, but on what should have been his quickest lap, that may have placed him inside the top 10, a slower rider ahead on track halted his progress, meaning he had to abort his lap and settle for 14th place.

Sunday's race started off well for Kevin, and after the first lap he held 13th position before moving up another position, where he held firm until the the last lap when, due to tyre wear, he fell back to 14th.

After finishing outside the points positions last time in Thruxton and retiring from the two races before that because of mechanical issues, a return to the points and a top 15 was more than welcome for Kevin.

Afterwards Kevin said: "It was a very tough weekend with the circumstances at home, but we had a good race lying 12th with the pace to run in the group and push on."

"Unfortunately my rear tyre dropped off and I just hadn't any grip on the rear. I pushed on with what I had, and I was happy with that. I was five seconds quicker than last year too," Kevin added.

Kevin thanked Mike and Norma de Bidaph of Gearlink Kawasaki and his whole team for all their help and encouragement.

Next up for Kevin is Silverstone on the weekend of September 10. To follow the young man's progress you can log onto Facebook and search for the Kevin Keyes Supporters Club.