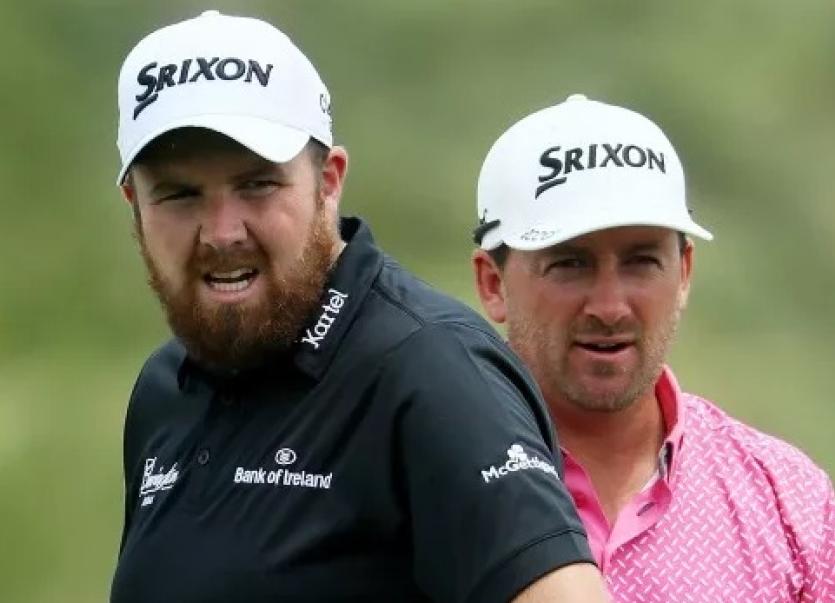 Offaly golfer Shane Lowry has had words with a mouthy fan at the Dubai Duty Free Irish Open at Portstewart this afternoon.

The Clara man had just put a run of birdies together to hit seven under par before stepping up to the tee on the Par 5 14th hole at the Derry course.

In his effort to carry his drive over the large bunker on the fairway, Lowry pulled the tee shot badly right. He signalled to fans and the cameras followed the ball as it ended up in heavy rough.

Clearly someone behind the 14th tee had too much to say about the shot, and as Lowry turned back in disappointment, he looked up to the crowd and addressing one spectator in disgust, said, "I don't need a running commentary from you."

The RTE cameras picked it up and the commentators said jokingly, "I hope he wasn't talking to us - that's what we get paid to do." They then said that a fan had clearly irritated the Offaly golfer, who they referred to as "usually a very genial guy."

Lowry was unaffected by the comments from the crowd as he hit a stunning recovery shot to the fringes of the fairway and struck his third within three feet of the hole. He missed the birdie putt but made par to remain seven under par for the tournament.