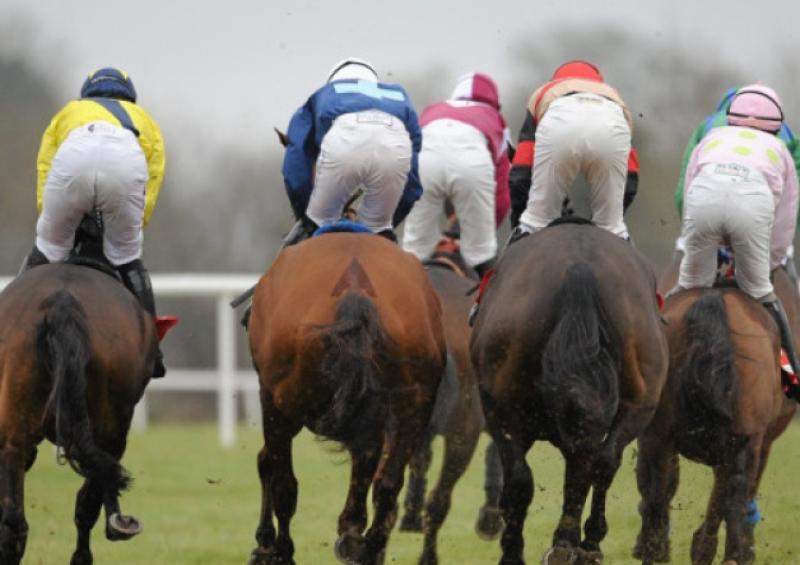 A competitive renewal where 8/1 tops the market with THOMAS CAMPBELL for Nicky Henderson. He won three on the bounce before suffering a dip in form, finishing fifth in his two latest outings. The most recent of those was a decent run in the Martin Pipe at Cheltenham, but that was a tough race, and it may be best to avoid him here. The open nature of the market means each-way backers have their pick of the field, and I am siding with the 14/1 shot, SUMKINDOFKING. Like the market leader, he too won three in a row between May and November last year, but has slipped slightly since. He was fifth behind BRIO CONTI at Kempton in March, but was just a length down on the re-opposing DREAM BERRY (12/1). SUMKINDOFKING carried four pounds more than DREAM BERRY that day and meets him in this one seven pounds better off at the weights. Partnered by Irish jockey Adrian Heskin, this six-year-old can continue on an upward curve, and is certainly one that is still improving and will be fresh, having missed out Cheltenham for this race. NORTH HILL HARVEY (10/1) and RUNSWICK ROYAL (25/1) are others to consider.

Three horses are vying for favouritism here, with RIVER WYLDE (2/1) the current market leader. MOUNT MEWS (11/4) and MOON RACER (7/2) are the other prominent rivals, and these three should have it between them. RIVER WYLDE has good claims for Nicky Henderson having finished third in the Supreme at Cheltenham, but he was fully 10 lengths behind LABAIK there. MOUNT MEWS doesn't hold exceptionally classy form, but hasn't put a foot wrong, and comes here fresh from two victories having skipped Cheltenham. A risk, however, is taken with MOON RACER (7/2), despite his poor showing in the Champion Hurdle. He shaped as if amiss in that race, and may well have been thrown to the lions in an event of that class so early in his career. Before that he had great form with two wins before that, including a good win over the highly thought of BALLYANDY at Perth last September. He can be forgiven his latest run and can atone for it in style here at the expense of lesser rivals for David Pipe.

The impressive RSA winner MIGHT BITE (4/7) lines up again here and will be hugely popular with punters. However, he showed his quirks there when he drifted badly right when miles clear and almost threw the race way close home. Therefore, I am going to take an each-way risk on MARINERO (16/1), who has been reformed since switching to Henry De Bromhead's yard last year. Although he unseated early in that RSA last time, he was in good heart prior to that. Before that misstep, he hadn't been out of the front two in six starts after changing yards, beating the likes of TAGLIETELLE at his ease last September. However, the pick of his form on paper came recently when he was just three lengths behind THISTLECRACK on the same ground, at the same course, over a similar distance to today's race. THISTLECRACK was the nailed on favourite for the Gold Cup this year before being pulled out due to injury, and MARINERO'S form to be so close to that rival on level weights is eye-catching. WHISPER was the horse that nearly caught MIGHT BITE at Cheltenham, getting within a nose, but it's fair to suggest that both of those had a tough race that day and can be opposed with the value bet.

A lot of these were playing second fiddle to SPECIAL TIARA in the Champion Chase at Cheltenham, and without that rival today, this looks wide open. FOX NORTON (3/1) appeals more than most, given his consistency and the fact that he was second to SPECIAL TIARA last month. Colin Tizzard's charge is a real model of consistency and has been third behind DOUVAN on two occasions, including in last year's Arkle. He found just 2017 Arkle hero ALTIOR too good on his last start before Cheltenham at Newbury when he was 13 lengths in arrears to Nicky Henderson's star, but FOX NORTON did carry five pounds more than his rival that day. In truth, there is a host of horses with chances of running into the money, including GOD'S OWN (11/4), who will finish better than most, and loves Aintree, having beaten AL FEROF here last year. SUB LIEUTENANT (3/1) is the favourite having been second to UN DE SCEAUX at Cheltenham, but those finishing directly behind him that day, ASO and EMPIRE OF DIRT, have disappointed here already this week, suggesting that was a tough race. FOX NORTON didn't have quite the same test and should be well able to stay two and a half miles, despite not tackling the distance before.

Another good each-way betting heat over the National fences, and stamina will be crucial here, even though the trip is only 2m 5f. The mammoth fences are a test and sticking with a solid jumper at a decent price is the order of the day. Last year's winner, EASTLAKE (16/1) returns after a good run in the Grand Annual at Cheltenham, but the two I like are GOLD PRESENT (11/1) and AS DE MEE (11/1). AS DE MEE has been obviously laid out for this by Paul Nicholls, while for others it will have been an afterthought. He saw off SEEFOOD (another of the market leaders) at Aintree in December and had a smooth prep for this with a good second behind KILCREA VALE on soft ground in February. The small break since will have him spot on today and I expect a big run. GOLD PRESENT has been second on his last two starts over similar distances. He was second to FRODON before being runner-up to TULLY EAST at Cheltenham last month. BRIGHT NEW DAWN (33/1) has an outside chance and is not to be ignored at big prices.

THE WORLDS END (5/2) is a strong favourite in this three-mile hurdle event despite falling in his latest start at Cheltenham. The confidence behind him is based on the fact that he had every chance and was growing into the race when he tipped up that day in the Albert Bartlett, won by PENHILL. He had a hat-trick of wins before that, and has beaten some of these rivals before. I'm avoiding him based on his odds and his fall at Cheltenham and countering him with WEST APPROACH (5/1). WEST APPROACH is much better value than the favourite at current odds, but he also failed to finish on his latest run when he was pulled up in the World Hurdle, won by NICHOLS CANYON. However, before that he was just three lengths second to UNOWATIMEANHARRY at Cheltenham in January, and had last year's winner of this, BALLYOPTIC behind him that day.

CLAIMANTAKINFORGAN (7/2) is a credible favourite here based on his run to be third behind Gordon Elliott's FAYONAGH in the Cheltenham equivalent of this event last month. However, BLACK OP (4/1), ridden by Adrian Heskin, comes here fresh having skipped the festival and boasts a 100% record in two starts. The most recent of those was a win over today's favourite, CLAIMANTAKINFORGAN, where he had over two lengths to spare and kept on well to win with a bit in hand. Coming here fresh is a huge positive and he is a horse with incredible potential. IF THE CAP FITS (5/1) is also unbeaten for Harry Fry and will be prominent, while RUN TO MILAN (16/1) is an each-way option. This is not a great betting race given how unknown most of these are, but the profile and potential of BLACK OP is too much to ignore, and he gets the nod.