The Offaly Ladies footballers welcomed Down to a sunny Kilcormac on Sunday for the last round of the Lidl Ladies National Football League. Offaly needed a win to ensure a semi final spot and they started well with a point after 30 seconds and another a minute later. Offaly stretched their early lead to 3 points before Down got on the scoreboard and followed up with another point minutes later.

The sides then traded goals and the pace of the game did not relent. Offaly continued their scoring and built a 6 point lead until Down pointed from a free. Offaly responded with a point from Helen Hensey after some great work from Roisin Egan. Helen followed soon after with a well taken goal but Down's Colleen Lennon rattled the Offaly net minutes later. Down followed with another fine point before Offaly's Mairead Daly found space in a packed Down backline to slot over a neat point.

Offaly continued to build on their lead with another point and a trademark goal from the prolific Mairead Daly. Roisin Egan followed soon after with a well worked score, weaving her way from midfield to take her point. The score at half time, Offaly's 4-11 to Down's 2-6.

Roisin Egan opened the scoring in the second half with another point. A free earned by Roisin 5 minutes later was slotted over by Mairead Daly and Offaly stretched their lead. However Down were not giving up, and they looked dangerous in attack. Lauren Cunningham scored a great point before Down again rattled the Offaly net. Offaly responded with a point from Claire O'Brien. 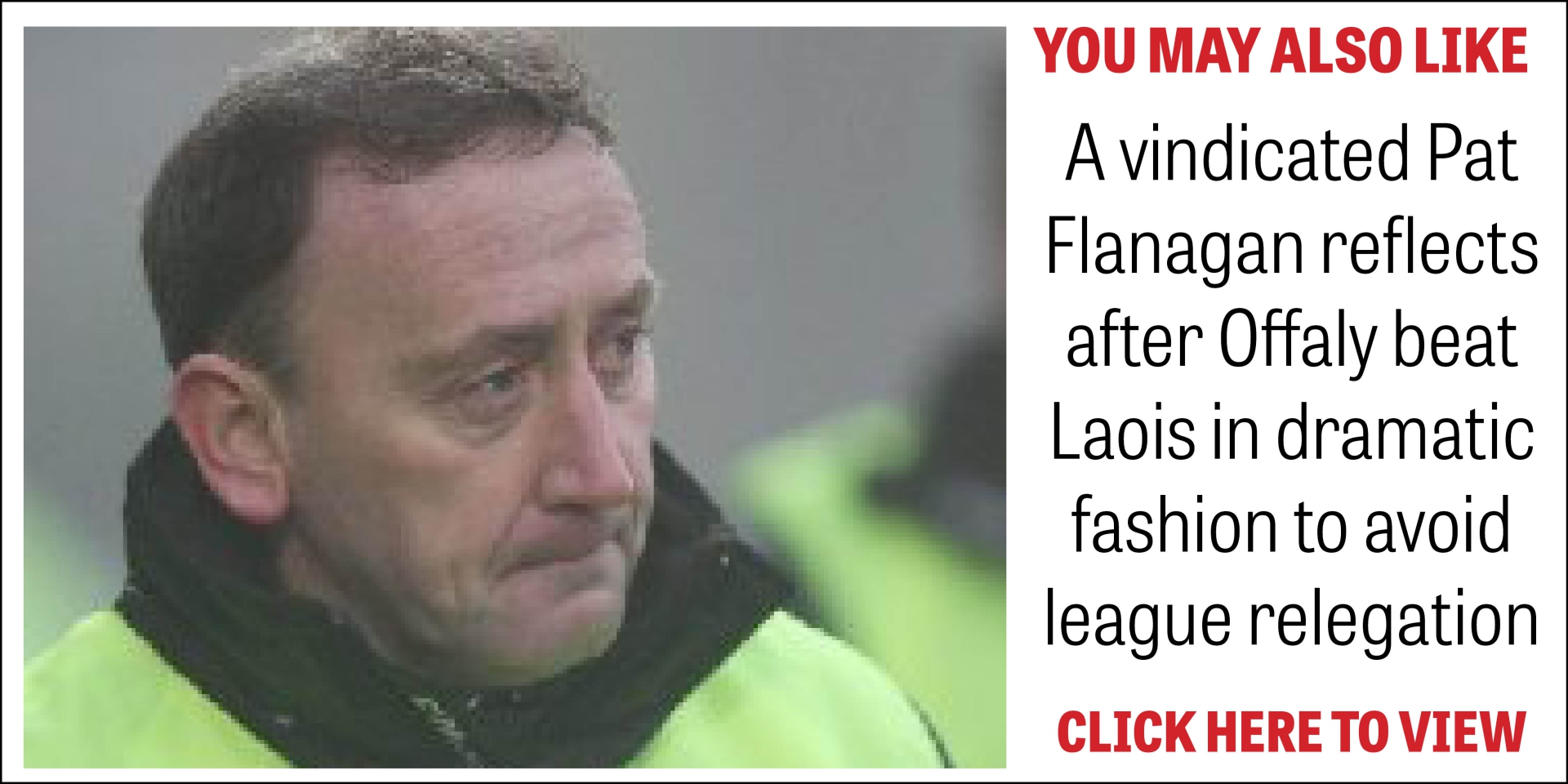 Down midfielder Ciara Mulvena soon converted a penalty to bring the Down Ladies back to a 7 point deficit before Offaly's captain Aoife Norris stretched the Offaly lead out to 8 points. Down pushed hard and the Offaly girls had to defend furiously in the last 10 minutes. Another point from Down, followed by a goal and two more points and Offaly found themselves 2 points ahead for the final few minutes. Offaly held a fantastic Down attack at bay and the game finished with Offaly 4-16 to Down's 5-11, enough to earn Offaly a place in the League semi finals.