THE PUNTER'S EYE previews Cheltenham as the countdown continues 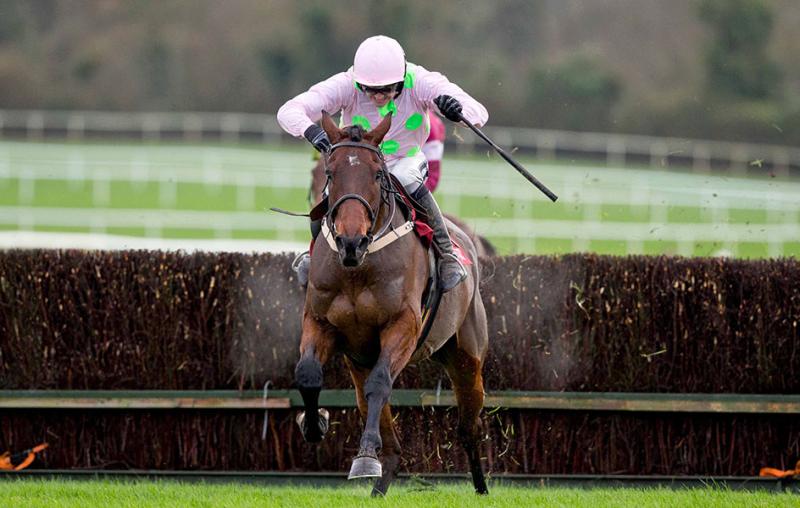 We are now just days away from the jewel in the crown of the national hunt season. Cheltenham attracts the attention of a huge audience in Ireland, young and old, and even the passing racing fan gets involved in the betting for the week. The four-day festival is a hit with Irish fans, and thousands will make the journey over to the Cotswolds next week.

For those travelling, and those who will be glued to the TV coverage, we are previewing some of the races with a clearer picture of the runners and riders, and The Punter's Eye will also publish a preview every morning of the festival before racing starts so you can get your bets in order. Many races are still up in the air as they still have numerous entries that will eventually drop out before Tuesday, as well as horses whose connections have yet to decide which race to target.

The picture is starting to take shape for Day 1, and the Arkle Trophy and Champion Hurdle will take centre stage. If ALTIOR (1/4) lines up in the Arkle instead of the Queen Mother Champion Chase, he will take all the stopping and is odds-on to do so. Therefore, you are looking for value behind him in a forecast or each-way bet. CHARBEL (10/1) could be a good each-way shot or even a forecast option.

CHARBEL was no match for ALTIOR in December when he finished six lengths behind Nicky Henderson's star, but there was no shame in that defeat. He made a mistake when in front at the last fence when he got too tight to it, but would not have outrun ALTIOR in any event. In his run before that, he accounted for LE PREZIEN at Uttoxeter, and always seems to give his running. He is a good price, will handle the ground, likes the trip, and should come on again from his latest effort. ORDINARY WORLD (33/1) for Henry de Bromhead is an Irish raider to take note of following his impressive enough run to be 2nd to the brilliant MIN at Leopardstown over Christmas.

The 2017 Champion Hurdle lacks the dazzle of previous years, but that makes it a live betting heat with a host of horses in with a chance. YANWORTH is the current ante-post favourite at 5/2 but Alan King's charge has a few chinks in his armour. Holes can certainly be picked in his form, and 5/2 looks quite short when you delve a little deeper. He beat CH'TIBELLO and SCEAU ROYAL in his latest run last month, but both of those rivals are out of the betting reckoning and way down the pecking order for this race. He won the Christmas Hurdle before that with fading star The New One behind him, while MY TENT OR YOURS was fourth. That is hardly inspiring form for a 5/2 shot.

BUVEUR D'AIR will be popular for Nicky Henderson's yard, but his form has all come against even lesser rivals. His latest effort saw him finish just a length a head of RAYVIN BLACK at Sandown, a horse that has bombed out in both of his subsequent starts. He did produce a brilliant run at Aintree last year when he beat both PETIT MOUCHOIR and LIMINI in a novice hurdle, but Henry de Bromhead's PETIT MOUCHOIR (6/1) has certainly improved since, and he gets the vote in a tricky Champion Hurdle.

He has won his last two races, including a seven-length success over NICHOLS CANYON in the Ryanair Hurdle at Leopardstown over Christmas. NICHOLS CANYON was third in last year's Champion Hurdle, just four and half lengths in arrears to ANNIE POWER whilst carrying seven pounds more than her on account of her mare's allowance. PETIT MOUCHOIR went on to win the Irish Champion Hurdle at Leopardstown in January, easing to victory over FOOTPAD and IVANOVICH GORBATOV. FOOTPAD was just a length in arrears that day and could certainly outrun his current odds of 20/1 for each-way backers.

The last race on Wednesday is the highly competitive Champion Bumper run over two miles. It is highly probable that Ireland will land the last winner on Wednesday as a host of Irish challengers head the betting. FAYONAGH (12/1) for Gordon Elliott is highly thought of and slammed rivals by 20 lengths in a two-mile contest at Fairyhouse last month. CARTER MCKAY (3/1) is Willie Mullins' perceived first string and the 3/1 about him is very skinny for a Champion Bumper. Looking for value, we need not look further than another Willie Mullins trained runner. NEXT DESTINATION is around a 16/1 shot and heads into the race on the back of a pleasing debut at Fairyhouse in January. In the bumper, a lot of it comes down to faith and we know that Willie Mullins likes this horse, and he could be anything in time. At the prices, an each-way punt is advised. Another one to consider is SOMEDAY (12/1) for Jessica Harrington who also won his latest start at Leopardstown in February.

With some of the other major races still to work themselves out in terms of entries, we will finally turn our attention to a very open-looking Gold Cup. THISTLECRACK was a warm order favourite before his withdrawal last month, leaving his stablemate and Welsh National winner NATIVE RIVER the 3/1 favourite. Colin Tizzard's scopey chaser is an out and out stayer and has won his last three races, including a three-length success over LE MERCUREY in the Denman Chase at Newbury last month. However, DJAKADAM (5/1), who has been the runner-up in the last two runnings of the Gold Cup, coming up against two stars on both occasions in the shape of DON COSSACK last year and CONEYGREE in 2015, takes the vote here. He has had the ideal preparation for this year's edition.

He had a pleasing workout after racing at Leoparstown last weekend and lost nothing in defeat to OUTLANDER in the Lexus Chase at Leopardstown over Christmas. He had beaten the same rival the race before that in mid-December having been off the track since April 2016. OUTLANDER (10/1) will re-oppose in the Gold Cup for Gordon Elliott and could pose a huge threat to his shorter priced rivals. Each-way backers will be latching on, but I think it is worth taking the risk on the ever consistent DJAKADAM who has been primed to win this race by the master that is Willie Mullins.

Another each-way option is the lightly raced MINELLA ROCCO (20/1), who beat NATIVE RIVER at last year's Cheltenham festival, and is therefore known to enjoy the track. He has had major problems this term, unseating and falling in his two latest starts, but his ability is undoubted if he stays on his feet. His price reflects the poor build-up but in an open Gold Cup, and with such good form at the track to his name, a small each-way punt on Jonjo O'Neill's charge could not be discounted.

Log on to www.offalyexpress.ie every day during the Cheltenham festival to get your race by race betting guide to the runners and riders taking their place at Prestbury Park.